How to Play Music Through Mic Easily [YouTuber's Hack 2022]

Are you looking for a great way to play audio effects or music while talking through your microphone like the Youtuber’s?

I bet you want to know how to play music through mic. 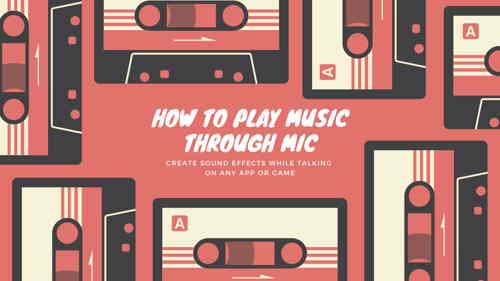 Is it really possible to play sounds through mic in a game or a voice application?

It turns out to be that, you can easily use an Audio mixer (Soundboard) to play audio through mic. (More on that later)

But here’s the kicker:

You can also play music over mic without using expensive stuffs like an Audio mixer.

And in this post, I am going to show you the easiest way to play music through mic.

How to Play Music Through Mic and Talk in Windows 10?

You can play music through mic in Windows 10 by using Apps like Rust Soundboard, ClownFish, VoiceMeeter, MorphVox, Soundpad and so on.

Playing audio  through mic and talk in Windows 10 is a very easy process.

Imagine you are talking to someone on skype and playing sarcastic and funny music at the same time.

You might have seen youtubers using different types of funny music effects while playing games or making roasting videos specially.

Want to know the best part?

You will be able to create sound effects or music in games and other apps and also use spotify hotkeys in game to make the process very easy.

I’m going to sound like Captain Obvious here, but stay with me if you really want to play music in vrchat that will appear to be coming from your mic.

How to play sounds through mic?

You can play audio over mic changing your default microphone to your system sounds. Try going to Control Panel > Hardware & Sound > Manage Audio Devices > Recording and enabling Stereo Mix and setting it to the default mic. 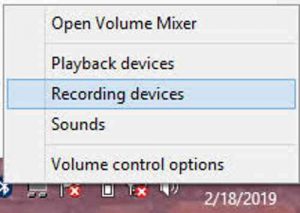 This is very easy to do it. So, let’s checkout how to play songs through mic using software.

I have given a list of few apps that can help you play sound through mic. So, make sure to check them out.

Pro Tip: Step up your gaming performance by overclocking your RAM and cooling your PC like a pro.

How To Play Music Through Mic in Discord

I think you will agree with me when I say:

Playing music while talking with your friends in game is an awesome feature.

The one question left is:

How can I play music from Youtube in discord while playing games?

It’s simple. You just need to install some plugins like the MedalBot, Rhythm or FredBot.

Here’s how it works:

This are bots that plays music according to the instructions given with some written commands. 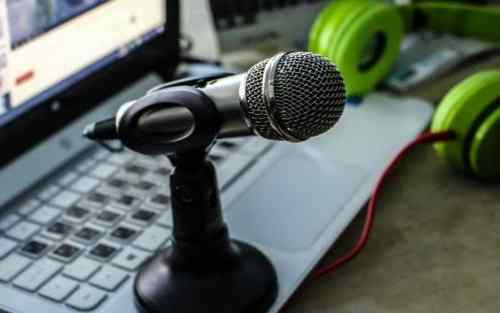 If you want to play music through mic on discord, you have to write this command to instruct MedalBot:

And to stop the song you need to give this command:

There’ll be no loss of quality in the music unless you are facing slow internet issues.

Here’s out separate post on how to add music bots on discord.

If you can’t hear anyone on discord then here’s the FIX.

Steps to Play Music Over Mic

So, Here are the steps on how to play music through your mic easily:

I have discussed about some soundboard apps below. You will get to know everything about them in the next section.

Again if you want to play music in Mincraft then check our separate on how to add music bot in minecraft.

How to Play Audio Through Microphone Using Different Software

Can you imagine how good it would be to make sound effects during your gameplay. Yes, we all have watched that on various game streaming channels.

But how is it done?

The streamers use expensive audio mixers to create those hilarious sound effects while gaming.

Apart from getting an actual hardware sound mixer, the cheapest & easiest way is probably this:

There are several software that can help you to make sound and your gaming buddies will hear it as if it’s coming from you or your microphone. Some of them are:

Each of these apps are used for separate purposes. But don’t worry I have given a very short and simple tutorial on how to use these software to play audio through mic and how to get your hotkeys to make those sounds effect or music.

So, here’s the deal:

Read the post very carefully till the end to get your desired results.

1. How to play music through microphone in game using Clownfish

Clownfish Voice Changer is a great audio mixer app. You can put any voice effects like Robotic, Alien etc. to play from your PC.

You can use this app on Steam, Discord, Teamspeak, Mumble, Viber, Skype, Hangouts any many others

The good thing is it is supported on Windows, MacOS X & Linux Ubuntu. 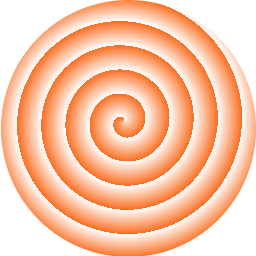 The voice effects that you can set using this app are:

You can even put a youtube link to play the music.

If you face any application load error then check the post. 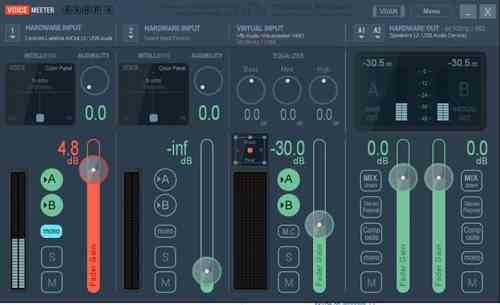 It’s a super easy to use app. You can’t imagine how many features are there in this fabulous app. You can create your own PC sound board and set shortcuts to play them while playing games. The sound will appear to be coming from your microphone.

The installation steps are given bellow:

That’s it. Now you are ready to use any music from the app Soundboard to play from your mic.

This app allows you to play background sounds and sound effects. The free version of MorphVox isn’t bad but I’ll recommend you to get the full version which is paid to unlock the most useful feature like:

Voice changer and enabling the hotkeys.

Voice changer changes your voice and makes it sound different while you are speaking through the mic. You can also set hotkeys to play sound effects and music using this app which makes it more comfortable to use. 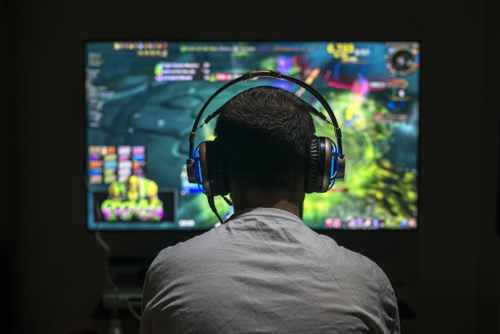 Text to speech. You might have heard of this type of sound in many youtube videos. It’s a very useful feature of this app.

The greatest thing is:

Soundpad is a pretty easy and useful app. You can find it on steam. It’s not any ordinary media player. You can do a lot with this app.

You can set hotkeys to play a certain sound that you have already chosen in the app. This helps you to do it while you are playing games in full screen mode.

You can also block your microphone with certain hotkeys while you are talking to someone else.

You can also make playlist of the music you want to make.

It’s able to play sounds on your speaker as well as your microphone. It’s very easy to find the songs by instantly searching it by pressing Ctrl+Enter.

This app can also record sounds. And you can edit them after recording them.

Rust Soundboard stands in the number 5 of the list.

This Soundboard is used by many Youtubers who likes cringy sound effects.

In Rust, You will find many cringy sound effects.

Sometimes you may see an error like rust mic not working. You can reinstall Rust and download the latest version from us if you want to avoid such errors.

How to Test the Sound Played Through Mic?

You can use software like Audacity or you can also test mic in Discord.

Now that you have already learnt about how to play music through microphone using several apps, you also should know how to test it.

It’s very simple you can record your input via any software like audacity and hear it. That’s it.

You can also let your friends hear your music on different aps like discord and teamspeak to know if it worked for you.

Question: Can I play Spotify through my mic?

Question: Can I use my speaker as a microphone?

Answer: Speaker and microphone are different electronic products but both of them can be used for the same purpose if tweaked a little bit using amplifiers.

Question: What is the difference between speaker and microphone?

Question: How to play music and talk at the same time?

Answer: Playing music through mic is  a very easy  process. When you are on a phone call, go to the music app after tapping the home button. play any music and  return to the call.

Question: How to play music and talk at the same time in Discord?

Answer: Playing music in discord is very easy all you have to do it install a music bot to your discord channel and play music by giving some command. you can check our post on best discord music bots to learn more about it.

Question: How to play sound through mic?

Question: How to play a soundboard through mic?

Answer: Here are the steps to play a soundboard through mic:

Question: How to play music through mic in game?

Answer: You can play audio over mic in game by changing your default microphone to your system sounds. Try going to Control Panel > Hardware & Sound > Manage Audio Devices > Recording and enabling Stereo Mix and setting it to the default mic.

Question: How to setup mic on discord?

Answer: You can install mic on Discord by selecting your Microphone under input device on Settings of Discord.

Question: How to test mic on discord?

Answer: You can use the latest feature of Discord to test mic issues. Simply go to User settings > Voice and Audio and now start talking to check the bar to be green.

Playing music through mic is a great feature for gaming and streaming games.

I know it’s very obvious that the sound mixer app will never fulfill your hunger if you are a pro gamer or streamer.

Get a sound mixer to get the full mechanical performance.

On the other hand, the apps that we have discussed about are very reliable to use. But you can’t get most out of them from the free versions.

So my advice is this:

You should get a paid version of the app as it’s not a subscription. It’s a one-time buying app. You can use it as long as you play games. 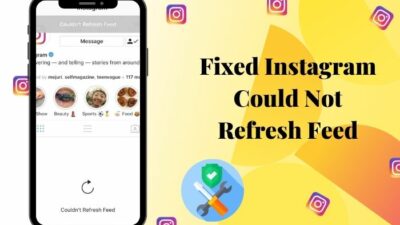 Tutorials
[Fixed] Instagram Could Not Refresh Feed Within 3 Minutes 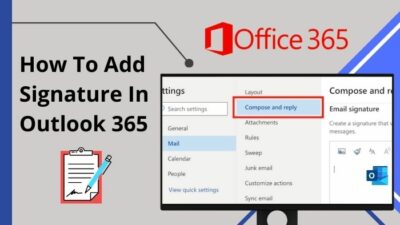 Microsoft
How to Add Signature in Outlook 365 [Effortless Guide 2022] 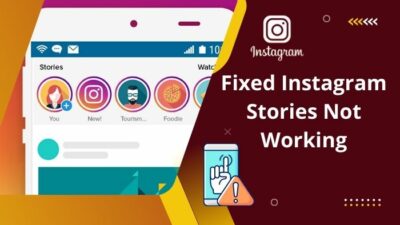 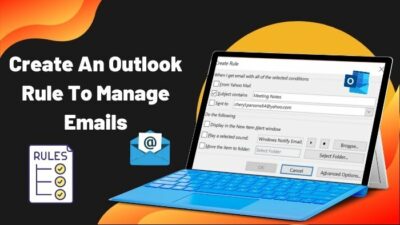