How To Fix PS4 Won’t Turn On without Losing Data

Are you unable to Turn on your PS4 and play games with your buddies?

I know it’s terrible to see your PS4 not activating properly or showing a Blue light of Death instead.

The PlayStation4 won't turn on if there are issues with the power cable itself or accumulated dust clogging up the power supply. Another major issue could be a lightning storm or power surges, making it difficult to turn the device on. 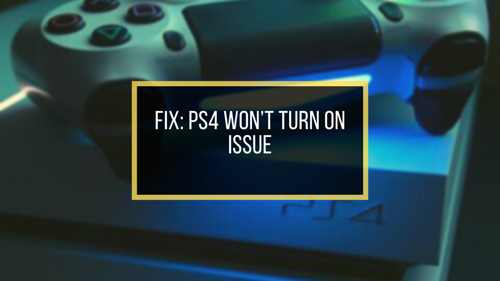 But don’t worry as I have also faced this issue. Trust me, fixing this issue is as simple as pouring water in a glass.

Keep Reading, As I am about to show you how you can easily fix your PS4.

Quick Navigation
What is PS4 Blue light of Death?
Reasons behind PS4 not turning on
6 Reliable Methods to Fix PS4 Won’t Power On Issue
1. Clear the dust from the console
2. Restart the Device in Safe Mode
3. Reconnect the power cable
4. Try power cycling
5. Insert a disk into your PS4
6. Repair the Game Console
Final Thoughts

What is PS4 Blue light of Death?

PS4 Blue Light of Death is a faulty error noted by a beating blue light from the gaming console. There will be no video or audio output from the PS4 if this error occurs. You may also observe that the PS4 can’t turn on or turns off immediately.

Don’t worry if you are facing this same issue. In this blog I am going to show some true methods to fix such issues.

Some of the methods might sound like jokes to you. But believe me, these are all the verified steps by many PS4 users.

But before going to the fix, let’s find out the true causes.

Reasons behind PS4 not turning on

Well, the exact reason why your PlayStation 4 is not turning on is unknown, but there are several factors that leads to this issue. Some of the common causes are:

Roaches in the Power Supply: Clean your PS4 every month so that there aren't any roaches moving around the power supply. Roaches short two points of the power supply together and zaps some of the components. There aren't any fixes to this problem. You just have to buy a new console. So, its better to stay safe than to be sorry.

Physical Damage: Any physical damage in your gaming console will prevent it from turning on. So, somehow if you have dropped your PS4 or got hit by anything, then you should get it checked by the authorized service dealer. Many PlayStation4 games have encountered this issue.

Faulty cable connection: A loose power cord can cause your console to stop launching. You can check whether the power cable is connected properly at the back of the console or not. Connecting it properly might eliminate the Blue light of death. 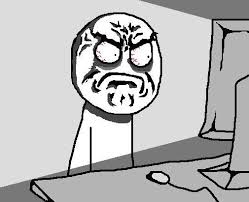 Bugs and Errors: Gaming consoles are the sanctuary for a lot of bugs, viruses, and errors. Hence, they are the most common reasons behind your PS4 not switching on.

Lightning Storms or Power Surges: Both lightning storms and power surges have the ability to destroy the power management chip or some other components on your device. So make sure to switch off your gaming device instantly whenever calamities occur.

Failed Power Button: The more you switch on or off your PS4, the less touch-sensitive the power buttons will become. In that case, repairing the power button might solve this issue.

Here, I would recommend you to try each of the steps in order. The steps are 100% easy and effective as well.

Here are some troubleshooting steps if your PS4 won't turn on:

1. Clear the dust from the console

As I have mentioned earlier above, dust issues can sometimes seriously cause trouble to your PS4. Also Dust problems can stop your gaming console from working properly.

Cleaning the dust inside your gaming console is a very effective way to resolve the issue. You can note a few things while polishing your PS4.

For example, you can try blowing into the outlets or disk drives with a blow dryer by opening the top plate of your PS4.

After removing every dust particles, try starting your gaming console and see if it works or not.

2. Restart the Device in Safe Mode

There is a built-in feature inside your PS4 that allows you to rebuild your PS4 database.

This will help you clean up any corrupted data and sort out the problems on the hard drive.

Here are the steps to restart the PS4 console in Safe mode:

Try reconnecting the power cable. This will power reset your PS4 and clear any faulty issues on your console. 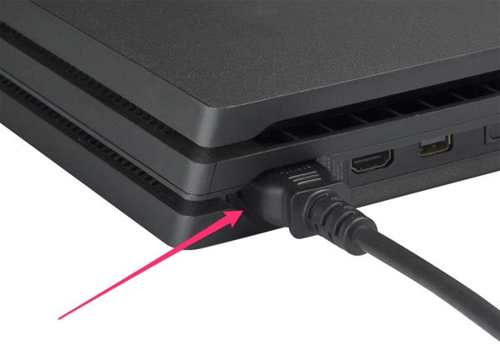 For this you have to-

Hold the power button  for until 30 seconds until the LED lights stop flashing. Remove the power cable and leave your console for 20 minutes. After that, reconnect your system console.

Do check twice if  your power button is working  properly or not. If you are using a power strip you should try a different wall outlet instead.

5. Insert a disk into your PS4

PS4 gamers have notified that sometimes by putting a disk inside the console automatically solves the issues.

Your console has the ability to automatically detect a disk inserted and start by itself.

To turn on your PS4 in this way, you have to follow the steps below:

Now that you have tried all the methods above and still you can’t activate your gaming console, then there might be some technical issues with the components inside.

If your PS4 is still under warranty, you can contact Sony support to have it repaired or replaced.

You can also replace components by buying a new one.

Of course this issue is troublesome. Imagine you are having your summer vacation and you can’t activate your PS4. It’s like a nightmare.

But, don’t worry. I assure you that with the above methods I provided, you can easily fix PS4 won’t launch issues or the Blue Light of Death error.