People who love to build kingdoms, roam the world with their military, wage war, and make history love Civilization VI. Its strong graphics and top-notch gameplay make it stand out from its competitors.

It’s like watching a tree grow from sprout. I don’t usually like games without interpersonal relationships, but this game made me change my thought.

But there were times when CIV 6 failed on me and often stopped working.

The game crush was very bothersome as I have a tight schedule for gaming. I missed relaxation and the joy of gaming whenever CIV 6 stopped working.

Well, to ditch this situation, I’ve researched the internet and found the optimal solution. So read this article thoroughly, and CIV 6 will start working again.

Check our exclusive tutorial on how to Get the Transformer Shield in Borderlands 3.

Why isn’t Civilization VI Launching on my PC?

Civilization VI can stop working for several reasons. The most common cause is your PC doesn’t meet the hardware requirements. Also, low RAM allocation, old GPU driver, bugs in the launcher, or games can stop Civ 6 from running. You need to determine for which your game stopped working.

Here are the potential reasons for Civilization VI launching on your PC:

Whenever Civilization VI stops working on your device or won’t start up, You need to determine the cause and start finding solutions.

Because it’s identical to medicine, different solutions are applicable for different causes.

But before that, go through our epic guide on how to Set The Same Sensitivity in All Games.

How to fix Civilization VI Not Launching

In the previous paragraph, I’ve discussed what causes Civilization VI to stop working. You need to follow distinct solutions for each cause.

Here are the hardware requirements of Civilization VI:

Supposing you have the required hardware but still, your game isn’t running, you need to apply the software fix of Civilization VI. Apply the solution below, and you can start the game without hassle.

Here are the fixes for Civilization VI not launching:

Fix Civilization VI is Not Launching on Windows

At times Civilization VI stopped working suddenly; in 8 out of 10 cases, your windows have the problem, not your launcher. So you need to apply the windows fix, and you are good to go.

Here are the Windows fixes for Civilization VI not launching:

A restart gives your PC a fresh environment to work. So, without tweaking any settings, just restart your PC at the beginning.

After a long time of non-stop running, your PC’s capability reduces drastically. For this, your Civilization VI can stop working. And restarting will solve your problem.

If your game doesn’t run after downloading, PC Directx isn’t compatible with the game. For this reason, you need to run your game in a different version of Directx.

This tip is not only for Civilization VI but is applicable to all the games available on the market.

Civilization VI usually runs in the Directx 12. But several users have complained about not being able to launch the game in D-12. For those, I recommend using Directx 11 instead of 12.

Also, check out our picks for the Best PS5 Games for Kids & Families

Here are the steps to run Civilization VI in different Directx versions:

Here are the steps to install C++ Redistributable on your PC:

After installing that software, your game should start running. If not, then move to the following methods.

Though you have installed all the VC Redistributable on your PC, your game might not start for a faulty or an old GPU driver.

Generally, your driver is automatically updated when you update the Windows. Still, you can miss the latest update. Then you have to update the GPU driver manually.

Here are the steps to update your GPU Driver:

In this way, your driver will be updated. Restart your device after updating because sometimes your PC won’t apply those changes without restarting.

Windows Defender is the built-in program to protect windows from outside attacks. Sometimes WD can mark Civilization VI as a virus and stop access. For situations like this, you have to give access manually to run your game.

Here are the steps to allow CIV 6 through Windows Defender:

If you couldn’t find CivilizationVI.exe from the list, you need to add it manually.

Here are the steps to manually add CIV 6 to the allowed app list:

In this way, you can allow CIV 6 through the Windows firewall. And now your game will start working.

Also, check out our separate post on fix Forza Horizon 5 crashing at startup.

6. Start Civilization VI as an Administrator

Running your game in administrator mode will give it some admin privilege. When Start Civilization VI isn’t running directly through the launcher, try launching Administrator mode. This will most likely start your game.

Here are the steps to run Civilization VI as an Administrator:

This will force your device to run Civilization VI in administrator mode. Administrative privileges will reduce the risk of stopping.

Antivirus sometimes eats necessary game files or marks the game as a virus.  Most gamers don’t use antivirus software to avoid this situation.

Here are the steps to disable or remove Antivirus (For Windows Defender):

Here are the steps to disable or remove Antivirus (For Others):

These are the Windows fixes to solve the Civilization VI launch problem. If your problem is still not solved, you have a faulty launcher.

Fix Civilization VI is Not Launching on steam

If your problem is still not solved after applying the windows solve, You have a faulty launcher. Civilization VI is available for both Epic Games and the Steam platform. This paragraph is about solving the problem for the Steam platform.

Here are the fixes for the Civilization 6 Not Launching on steam:

Here are steps to configure Civilization VI on Steam:

Full Civilization VI game path is the location where your game is installed. Just copy it from the address bar in your window.

After you copy and paste it correctly, the line may look like this:

Check out our separate post on how to change the installation location of Origin.

Here are the steps to verify Civilization VI’s game cache:

Completing this step will replace the cache file and launch your game.

Also check our exclusive tutorial on how to stream Origin games over Steam.

When verifying game cache files or configuring Civilization VI on the launcher, don’t replace your corrupted game file; you need to uninstall your game file and install it again. Reinstalling will download a new game file without corruption and run your game smoothly.

Before reinstalling the game try the 2K launcher fix first.

Here are the steps to reinstall Civilization VI in the Steam client:

Also, check out our separate post on how to add a new Steam Library Folder.

Epic is now the main competitor of steam in the gaming market. It gives you various discount opportunities to attract you to their platform. You must apply some unique method to solve this problem on Epic Games.

Here are the fixes to solve your Civilization 6 not launching on Epic Games:

1. Verify the Integrity of Game Files

Verifying the game will replace the corrupted file whenever a game file is corrupted. Epic client lets you verify the game file within their apps.

Here are the steps to verify the game file in epic games: 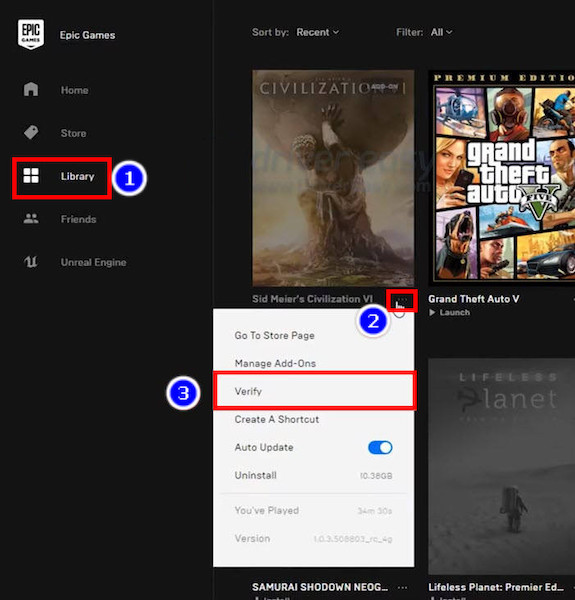 After you complete these steps, the corrupted file will be replaced, and your game will run again.

Check out the easiest way to access the Steam screenshot folder and Change its location.

Epic launcher isn’t out of bugs yet. It is much weaker compared to the steam launcher. Sometimes it can prevent Civilization VI from opening. That time you need to reinstall your launcher.

Here are the steps to re-install Epic Launcher:

Also check our exclusive tutorial on how to disable shader pre-caching in Steam.

A new epic game launcher should run your Civilization VI without any problem. Although sometimes not your launcher but your game file has a problem. In that case, you need to reinstall Civ 6.

Before reinstalling the game try the 2K launcher fix first.

Here are the steps to reinstall Civilization VI:

This way, your game will be installed again, and this time it will run without any complication.

Fix Civilization VI is Not Launching on 2k Launcher

The new 2k launcher has become a headache after the latest update. Games like Mafia and Civilization have stopped working for bugs in them. The solution is to bypass the 2K launcher entirely to run Civilization VI.

Here are the steps to bypass the 2K launcher: 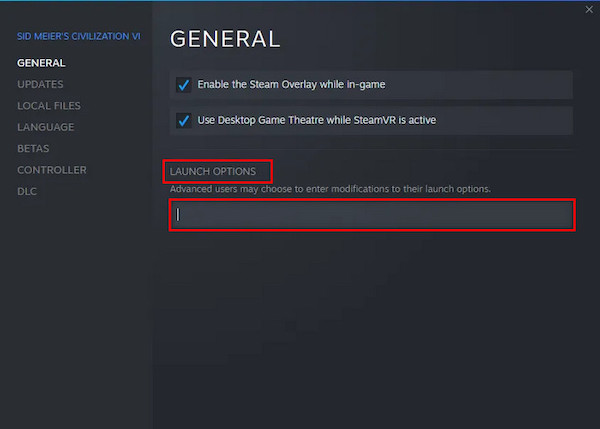 After completing these steps, opening your game for the first time would take some time. Because Steam may be confused, saying the game is not running.

Wait for some time, and bang! It’s working.

In short, Civ 6 can stop working for several reasons like an old GPU driver, corrupted game file, etc. In those situations, you need to apply the Windows Fix first. After that, apply Launcher Fix and 2k fix accordingly. Upon completing all the fixes, your game will launch smoothly without hassle.

I’m sure your Civ 6 is running at full throttle after implying the methods. However, make sure not to skip any steps in the fixes; that can cause your game some unknown issues.

Comment for any other problem you want to fix, and I will provide easy and reliable solutions. Have a good day ahead. 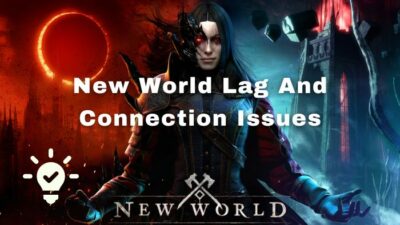 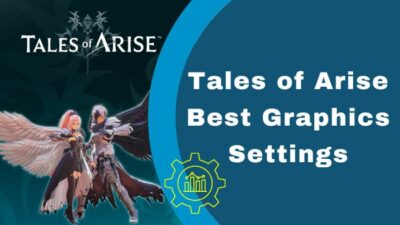 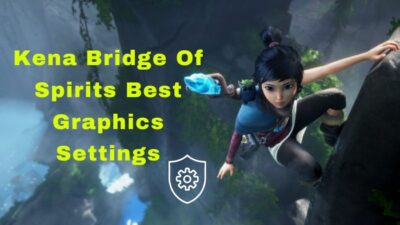 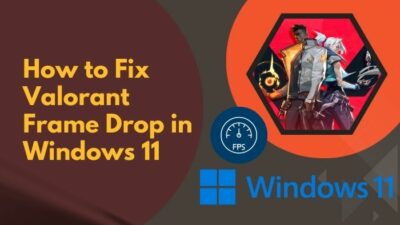