How To Use Mouse On Second Monitor While Gaming [Easiest Way]

Having a dual monitor setup is remarkable, especially if you are playing games. But this coolness comes with a disadvantage also. You simply can’t move around both the monitors simultaneously.

You also faced difficulties when you tried to hover the mouse pointer to the second screen while playing the primary one. 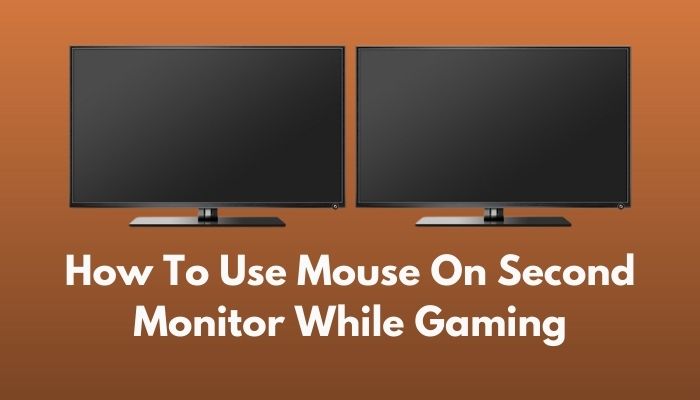 But don’t worry, as you have landed on the correct page for the solution. I have figured out the easiest ways to use the mouse on both of the monitors while gaming.

Keep reading as I will tell you how to use the mouse on the second screen while gaming.

Also, check out our separate post on Set 144Hz in your Monitor.

Quick Navigation hide
Why move the cursor to the second monitor while playing games?
Can you play games on a monitor without a PC?
1. Use Borderless Window feature
2. Use Display Fusion
3. Extend Displays
FAQ
Conclusion

Why move the cursor to the second monitor while playing games?

Dual monitor setup increases your workflow and productivity also. While playing a game on the primary monitor with the full-screen mode, you might be missing the streaming tools behind. 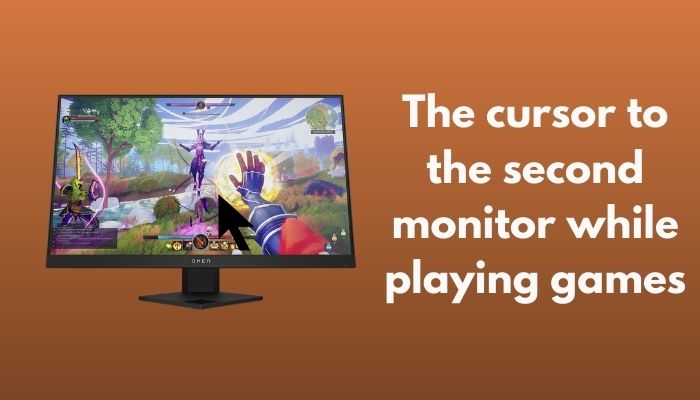 You might be missing them on a single monitor. So if you are a gamer and streamer, you must need a dual-screen setup.

This is where you need to go through this article right now.

Can you play games on a monitor without a PC?

Yes, you can play games on the monitor without having a PC right front. Some phones are available in the market that has built-in support to cast the phone’s screen into a monitor. You will need OTG cable and converters too.

You just need to connect the phone and controller with the monitor with the cables and external peripherals needed, and you are ready to go now. But in that case, you will have mobile-oriented games to play only.

How To Use Mouse On Second Monitor While Gaming?

Here are the steps to use the mouse on the second monitor: 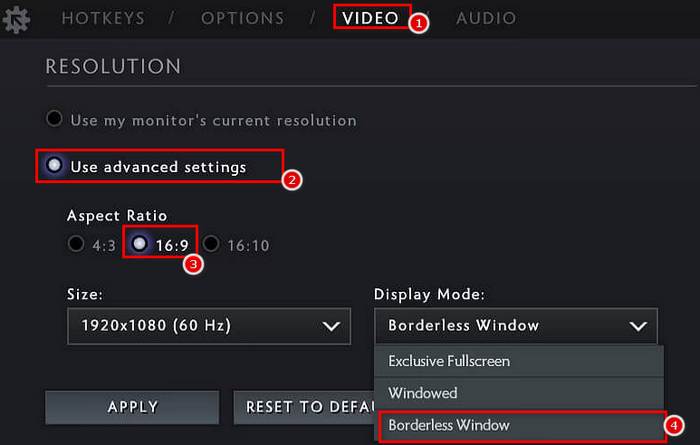 Here are the steps to use the Borderless Window feature:

You’re done with the settings you needed to change. Now you can move your cursor to the second display too.

DisplayFusion is helpful software that helps you in making some sort of changes according to your choices. There is a unique feature called Window Deactivation. This feature allows a user to hover on the second monitor even without minimizing the primary monitor’s game.

The game playing on the primary monitor needs to be minimized if you want to scroll the mouse pointer on the second screen. That is past now. You can enjoy the game on one monitor while working on the other. 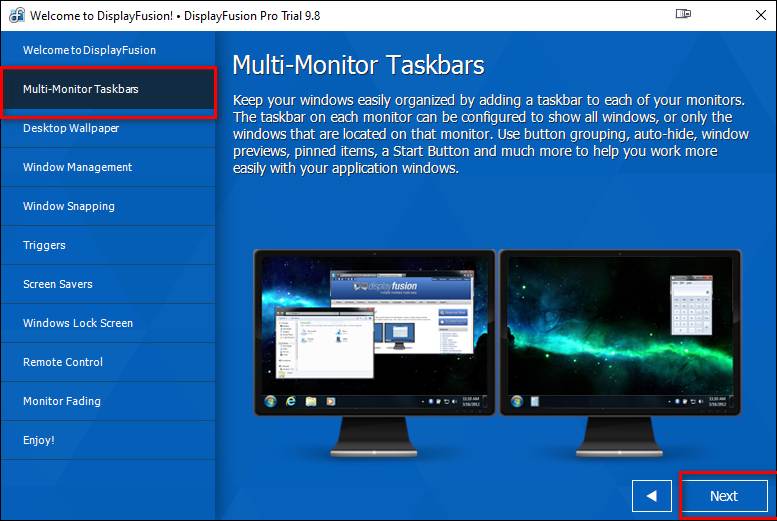 Here are the steps to setup DisplayFusion:

Now, as DisplayFusion has settled up, you need to check and use the most awaited feature.

Here are the steps to use DisplayFusion in a game:

Now you can easily roam around any monitor using the software. This DisplayFusion software works with most of the games as of now. But if there is any game not supported by the software, there will be no hope.

Extending display is a good idea. You have the option to extend the display to the extent that will help you to hover the mouse on any monitor. Your game won’t be minimized, and you won’t need to use any third-party software also. 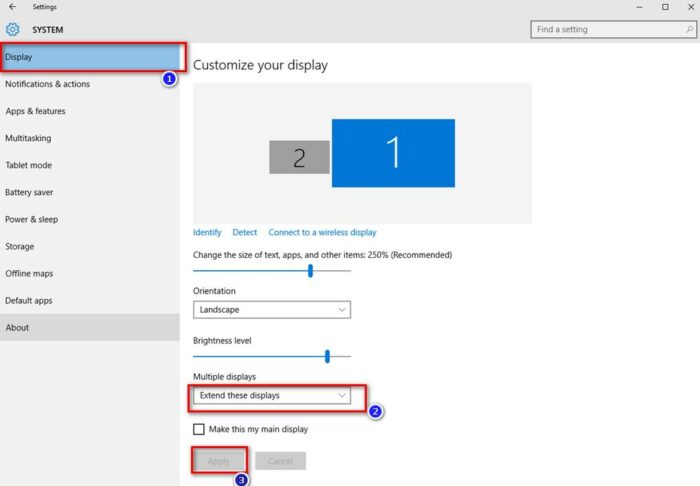 Here are the steps to extend displays:

And you are done! You have enabled the extended display feature successfully.

Note: Extend display feature is not supported by all the games available here. Keep in mind that some games might not support the feature.

How do I stop my cursor from drifting to another monitor during games?

If you have multiple monitors, you can use the free tool called Cursor Lock to lock your mouse pointer into one monitor only. This helps while you are playing the game, locking the cursor into one monitor stopping the drifting.

How do I switch my mouse between two monitors?

While you are gaming on the primary monitor, you can press ALT+TAB to hover the mouse over to the secondary display easily.

How do I use a second monitor without minimizing a game?

You can use the Borderless Windowed feature baked into your game. Most modern games have this feature built-in. Just go to game settings>graphics and turn on Borderless Windowed. This will allow you to use a second monitor without minimizing the game.

Why can I see my mouse cursor when playing games?

You can turn it off. Go to Control Panel>Mouse. Scroll to the Pointer Tab option. Inside Visibility, tab uncheck the box saying Display Pointer Trails. It might solve your problem.

Can you alt+tab without minimizing the game?

No, you can’t switch or hover the mouse over the second monitor without pressing ALT+TAB. You need to press the button combinations, and then only you will get to a second monitor.

Can you play two games at once with two monitors?

Check out the easiest way to Airpods Not Working with Microsoft Teams.

But the problem arises when you try to move and use the mouse on the second monitor. You faced difficulties when you tried to do so.

I hope this article helped you and solved your problems regarding using the mouse on the second monitor. Leave a comment saying what’s on your mind. 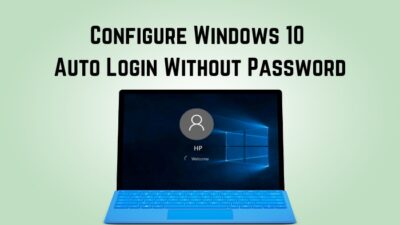 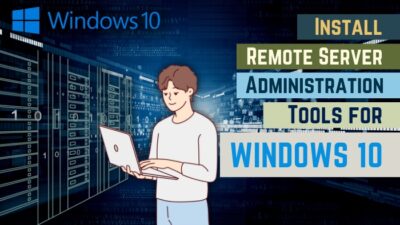