Every PC enthusiast is constantly experimenting with PC hardware in order to get the most out of it. In that instance, is it a good idea to use a case fan as a CPU fan?

In this article, I will answer the question of whether it is possible to substitute a case fan for a CPU fan and how to do so.

Follow our guide to fix CPU fan not detected in BIOS.

Is It Possible to Replace the CPU Fan With a Case Fan?

Yes, because of the way fans function, you could connect any fan to the top of the processor heatsink, and it would operate as a CPU cooler. However, case fans do not perform as well as CPU fans because the CPU fan has a greater RPM than the case fan. 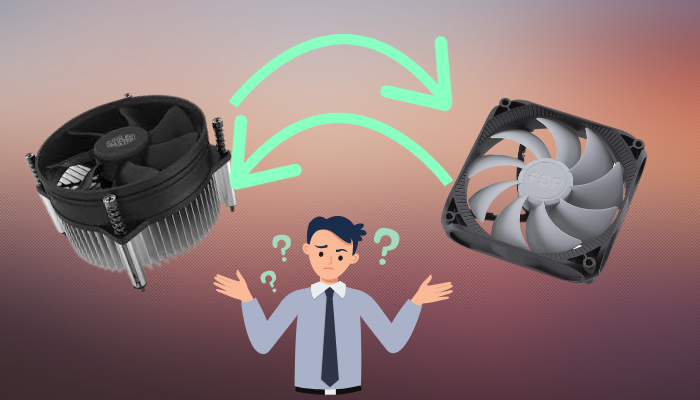 But before using a case fan as a CPU fan, we need to consider a few factors. The first factor is that a case fan is not always a good alternative for a CPU fan replacement in many situations. This is due to the fact that a fan designed for CPU cooling often runs at a significantly greater Speed than a casing fan.

As previously stated, the average CPU fan spins at 3000 RPM. The typical case fan spins at 1200 RPM. These RPM differences indicate that a casing fan of identical size pushes 60% lower wind than a Processor fan of equal size.

So you need to select a higher RPM case fan to replace it as a CPU fan. You can adjust the fan curve of your PC to get the best cooling performance out of a case fan.

Another element to consider is the size of the fan. You must select the correct fan size for your CPU cooler since other sizes do not fit well on the top of the CPU heatsink. As a result, your processor will become overheated, resulting in poor performance.

Additionally, faster cooling from your CPU is possible with higher RPM fans, but those fans are also highly noisy. Therefore, you must modify your fan curve in order to lower fan noise.

I personally do not advise using a case fan to cool the CPU because it won’t work effectively, and you won’t get the greatest performance. If, on the other hand, you don’t have any choice and must utilize a case fan with your CPU, continue reading the article in the section below.

How to Change CPU Fan With Case Fan

To replace the CPU fan, Simply use a Phillips head screwdriver to loosen the nuts surrounding the heatsink, then carefully remove the fan from over the heatsink. Then, install a case fan of the same length using a screw of the same size, and tighten the screws until they are securely fastened.

You should consider a few factors before changing the fan. First, you need a 14mm fan because most CPU fans are the same size. Use a 120mm or 140mm fan if you have a liquid cooler instead of a heatsink, which requires larger fans.

Check out the easiest way about where to plug in case fans?

Here are the steps for connecting a case fan to a CPU:

After successfully installing the fan, do a stress test on your processor to check how hot it gets. If it becomes too hot, you should install a more powerful fan or an actual CPU fan.

Replacing a processor fan with a casing fan may save you money in the short term, but it may damage your CPU in the long run.

So, in this article, I’ve discussed whether it’s actually necessary to use a case fan as a CPU fan and how to install one if you must.

I hope this post has assisted you in determining what is best for you. Leave a comment below to let us know what you think about this topic. 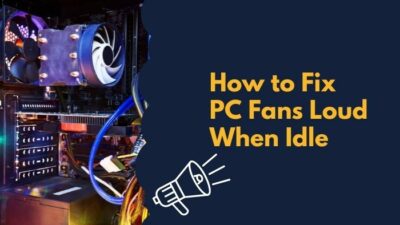 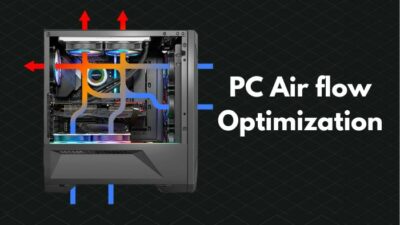 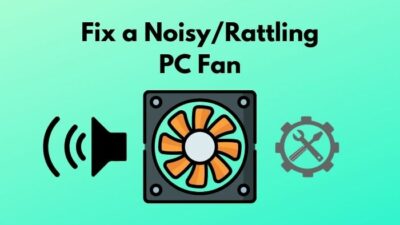 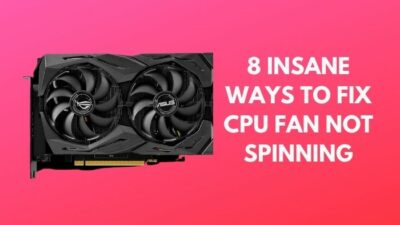