CPU is said to be the brain of a computer, and CPU cores are the brain cells. From doing one task to multiple, every daily or official work, users, gamers, and graphics designers use CPU cores in their everyday work.

Technology has improved a lot in the last couple of decades. The first multi-core processor was introduced back in 2005. Since then, a lot of high-performance processors have come. Even 64-core processors are now available in the market. 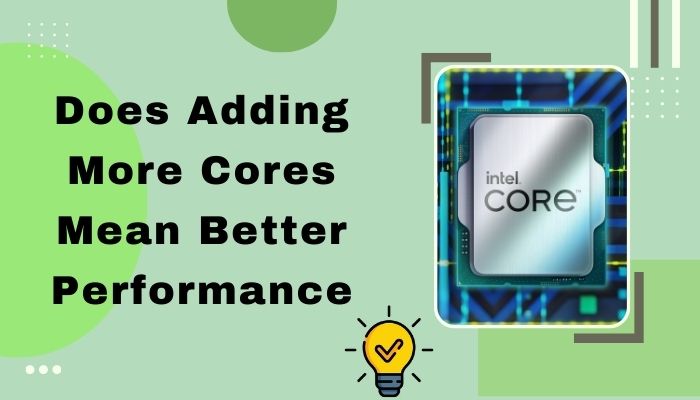 However, does it really matter how many cores a processor has? Or does adding more cores mean better performance?

I have mentioned every component to know if adding more cores means better performance.

Read the full article to know your required answer.

What are Cores in a Processor

One core can perform one single task at a time. Modern CPU contains multiple cores in it. The operating system distributes all the tasks among the cores to ensure balance and smooth performance.

A CPU can contain one or more processing units or cores. If there are multiple tasks for a single core, it has to execute one and jump to the next task, which is more time-consuming. Multiple cores are essential when it comes to a lot of tasks.

Why are Cores Important?

CPU cores are important to execute a task. It’s the main part of a CPU that carries all the primary functions. Processing units or cores work with the task given by the operating system. More cores are better and vital for doing multiple tasks at a time.

Back in the ‘90s and early 2000s, programs often froze when we gave multiple tasks to complete at a time. As the CPU had only one core at that time, it would freeze the entire system.

Modern technology has evolved and introduced more cores in a CPU. It can now execute multiple tasks at a time without wasting any time. CPUs with up to 64 cores are now available in the market. But not everyone, and every task needs that many cores.

How Many Cores Do I Need?

Computer programs can be different and can consume different resources. It depends on the CPU core; how it will run. More cores will help to run it smoothly. The more you have, the better it is.

But depending on your work, it can be different. You need more cores to multitask, render video, or perform other process-intensive tasks. However, if you are using it for basic tasks, you don’t need many cores. 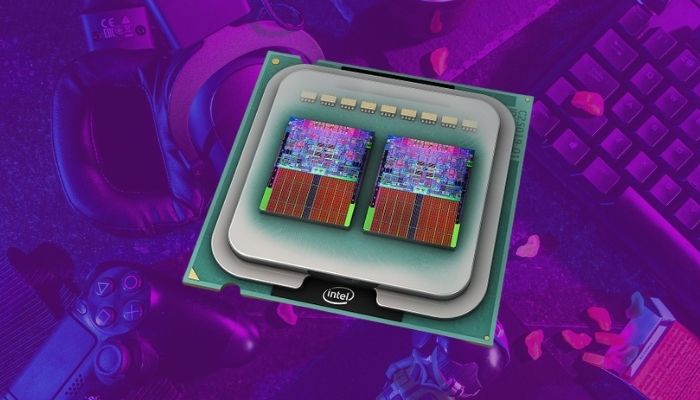 So, how many cores do you need?

One core CPU is quite old and isn’t compatible today. It’s hard to find 1 core CPU in today’s computer. It can handle only one task at a time.

It’s the best for most budget users. It can easily handle most of the office or document-related work. Normal games at low settings are also possible to run in it. But, if you need to work with a more core-intensive program or heavy gaming, you need a CPU with more cores.

Quad core CPUs can do normal video rendering and run games at a low resolution. It performs very well in terms of office management and other documentary applications.

If you want to do better video and sound rendering, 3D rendering, and playing high-resolution games, you need to consider upgrading your CPU.

The Hexa core processor can handle most of the games at a high resolution. It’s capable of doing complex video and sound editing very easily.

Most of the streamers can stream and work both at the same time. But heavy gamers and highly intensive application users need more cores for smooth performance.

Octa core processor is suitable for heavy gamers and streamers. Video and sound editing and 3D rendering work like a charm in it.

There are CPUs with up to 64 cores available in the market. But regular users don’t need it for their daily tasks.

Quickly check out our epic guide on can a CPU break a Motherboard.

A single-core processor needs time to access cache and RAM. At the same time, a multi-core processor runs multiple processes simultaneously with an incredible speed due to its distributing process. 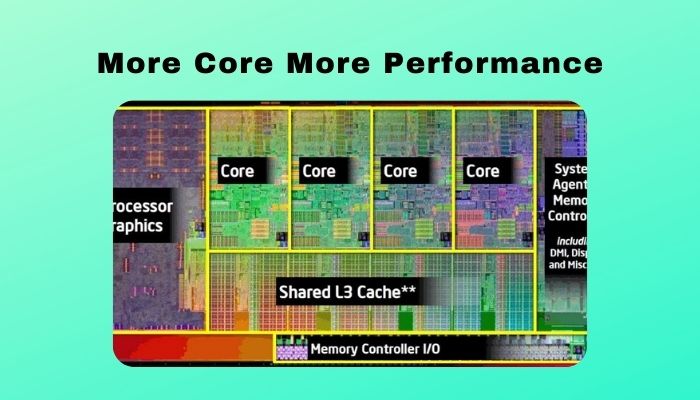 More cores give better performance in various tasks and apps. Such as:

On the other hand, multitasking, gaming, and streaming can run efficiently on multi-core processors even with a running background process.

Why is Clock Speed Important?

However, a multi-core processor with a lower clock speed will outperform the process which requires multiple cores.

A higher clock speed can complete a task quickly. In contrast, more cores help to run multiple tasks at the same time.

For example, a dual core processor with 3.5GHz will perform better than a quad core 3GHz processor in a single threaded application. It gives a 14% better outcome in each thread. If the program uses all the cores, the quad core processor is 70% faster than the dual core.

Performance between higher clock speed and more cores depends on the program. They both have advantages and disadvantages depending on the situation.

A higher clock speed can perform a single task better. But fewer cores can become the downwards of it.

Here are the pros and cons of higher clock speed & a few cores.

More cores are better for multitasking and heavy uses. But slow clock speed can perform less in a single-threaded application.

Here are the pros and cons of more cores and slower clock speed.

More cores with higher speed are always better. But more performance comes with greater expenses. Choosing a processor depends on the use. More cores are better in most cases. But higher clock speed performs well in single-threaded programs.

Should I Enable All Cores?

Windows 10 is configured to use cores automatically. Depending on the process, it can use from one core to the maximum available. Running on Windows 10 doesn’t require enabling all cores. Though, all cores can be enabled automatically.

Here is the process to enable all cores:

Enabling all cores won’t damage the computer, but it’s recommended not to do it. Manually selecting cores may not perform well in all applications and requires more power. It can cause system instability in many situations.

Check our exclusive tutorial on Can a CPU Get a Virus

Are More Cores Better for Gaming?

More cores have been a standard for many years. More cores perform better in gaming. Although, all games may not take full advantage of multiple cores. Most gaming PCs are built on a 6 or 8-core processor. These can run the latest games with the maximum settings at ease.

But if you have a 4 core CPU, you can still run light games with maximum settings and heavy games at lower settings. However, it may not happen with every single game out there.

The minimum recommendation for Gaming PCs is the quad core processor. Most games can take advantage of it. But there is minimal power left behind. If you want to run apps such as steam, discord and want to stream as well, you will need to upgrade your CPU.

What is a Multi-Core Processor?

It’s a computer processor with two or more cores in it. Each of them can read and execute programs.

More CPU core increases performance in gaming. You can expect improvement in FPS if you upgrade CPU cores.

More cores if you use it for video editing, 3D rendering, multitasking, and more GHz for single-threaded applications and games.

What applications benefit from multi-core?

As you read in the article, CPU cores are essential to perform any work. Single or multiple tasks, everything is dependent on CPU cores.

Going above the quad core is not necessary for most the average user. However, it can be different depending on your task and usage.

If you have read the full article, I believe you know about CPU cores and their importance based on your needs. I hope it helps you to decide while buying a new one. 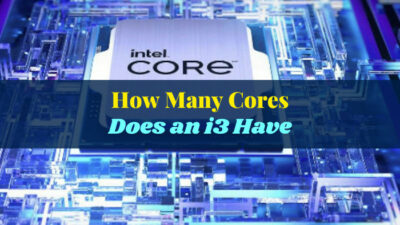 CPU
How Many Cores Does an i3 Have? [Definite Elaboration] 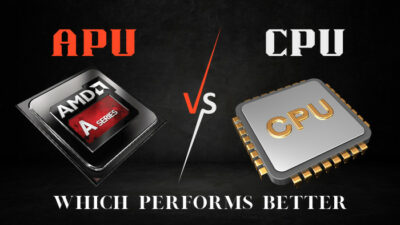 CPU
APU Vs. CPU Which Performs Better? [iGPU worth your Money?] 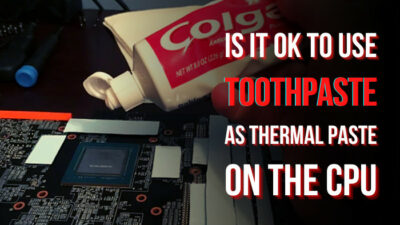 CPU
Is it Ok to Use Toothpaste as Thermal Paste on the CPU? 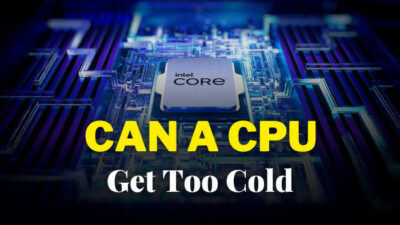 CPU
Can a CPU Get Too Cold? [Know When Cooling Feels Redundant]