Do you like to let your friends know when you’re playing a game? Is the Discord game detection failing to detect your game and change your status accordingly?

As a gaming enthusiast myself, Discord is my first choice to connect with my buddies and let them know what I’m playing through the Discord game detection and status changing feature.

But, one day, the game detection feature suddenly stopped working. I panicked and immediately started researching. Fortunately, after a couple of hours of exploration, I finally found the solution and fixed the issue. 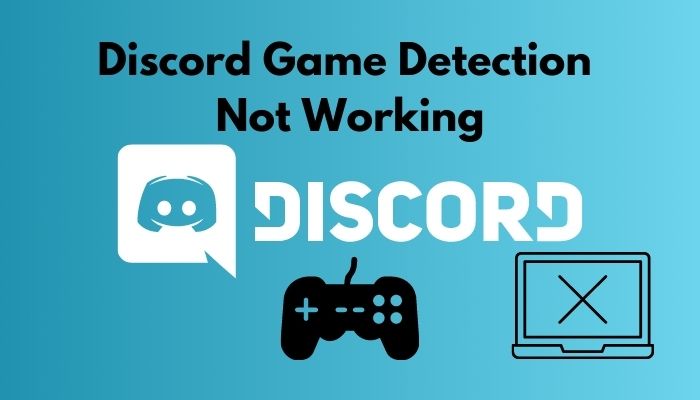 Why is Discord not detecting the game?

Discord is not detecting the game because it is not listed in the Discord database, or Discord cannot locate the game file. Also, if the game is on fullscreen mode, Discord cannot detect it and change the status. Sometimes it happens because Activity status is turned off in Discord settings.

This post will explain why the Discord game detection is not working and show you how to fix it back on track.

So, stay with me till the end and don’t skip any part to fix the Discord game detection issue.

Also, check out our separate post on how to fix API error latency Discord.

Why is Discord Game Detection not Working

There are several reasons behind Discord’s failure to detect games and change your status accordingly to let your friends know what game you are playing.

I’ve researched all the possible reasons behind this issue and listed them below with a short explanation.

Go through the reasons below to identify the one causing the game detection failure issue on Discord.

Check out the easiest way to fix Discord audio cutting out.

Here are the reasons behind Discord game detection not working issue:

The most common issue behind Discord’s Game detection not working is disabled activity status settings.

The game detection feature relies on Discord’s activity detection feature, which lets Discord detect your activities besides using the Discord app. If Discord cannot detect what you’re doing, it cannot identify what game you are playing and let your friends know that.

So, if the activity status settings are turned off in Discord settings, then game detection won’t work on your device.

Check out the easiest way to fix Discord won’t connect to Incoming Calls.

Discord streaming isn’t on the same level as traditional streaming platforms like Twitch or YouTube Live. Discord’s inability to capture a full-screen application or gameplay activity for streaming is a significant example of that.

Follow our guide to fix Discord not letting me unmute.

So, Discord has a database of popular games, and it helps Discord identify the game you’re playing easily. But, if you’re playing a game that is not listed on Discord’s database, then Discord will fail to recognize the game and change your status based on that game.

If you’re using a backdated version of the Discord app or somehow postponed the Discord updates, then Discord cannot update the game list and detect your gameplays.

Have some time to spare? Quickly check out our epic guide on how to add custom game in Discord.

Pirated Version of the Game

If the game you’re playing is a pirated version of the original game, Discord won’t detect it as your activity or change your status based on that.

Discord has a database of popular games, as I told you already. But, that list is based on the actual retail copy of the games, which won’t be the same as the pirated version of those games. If that’s the case, Discord won’t detect your game, and you might think that Discord game detection is not working.

How to Fix Discord Game Detection Not Working

Let’s jump to the reason you’re here for. I’ve bored you enough with my technical jibber-jabber but, now it’s time to fix your Discord game detection not working issue.

I’ve found the reasons why Discord game detection is not working, and after a lengthy research session, fortunately, I’ve found all their solutions. Now, I’m going to hand it over to you so that you can get out of the same gutter I was in a few days ago.

Below are the solutions to fix the issues behind Discord game detection not working with step-by-step guides. Go through them carefully before applying them to avoid any inconveniences.

Follow our guide to fix Discord not ringing for incoming calls.

Here are the methods to fix Discord game detection not working:

The Activity Status feature of Discord offers automatically detecting your screen activities. With this feature, Discord sets your status according to your activities.

It’s useful for your friends to know about your activities without doing anything in Discord.  It’ll help you detect the game you’re playing, and you can instantly stream the gameplay on any channel with the help of this feature.

Follow the steps below to turn on Discord activity status:

Now Discord will automatically pick up your activities and detect what game you’re playing.

I told you that, Discord could not stream apps if it’s on fullscreen mode, and it can only detect a game or app through the activity status feature on a floating window. Otherwise, it won’t detect anything.

So, to make Discord detect a game, you need to resize it from fullscreen to a smaller window.

Here’s a complete guide on how to use Stereo Mix in Discord.

If Discord fails to detect the game you’re playing, it could be that Discord’s database doesn’t have the necessary info about your game. In that case, you need to add the game to Discord’s activity status manually.

Follow the steps below to add a game to activity status manually:

Discord will automatically detect it whenever you open the game and change your status.

Follow our guide to fix Discord Notification not working.

That’s why you need to update the Discord app. Although Discord updates itself on the start-up, if you’re running it for a long time, the updates cannot get the break installed on your device.

Nor if there are any updates, Discord will install them and hopefully detect your game with the new game listing.

5. Play the Authentic Version of the Game

As I told you, Discord won’t detect your gameplay if you’re playing the pirated version of the game.

Discord identifies your gameplay by comparing it with the info on it’s database provided by the publishers of the games. That authentic info will be missing on the pirated or cracked version of the game, which’ll make Discord unable to detect it and change your status through the activity status feature.

So, to fix Discord game detection not working, buy the original game and play it. It’ll also support the developers and motivate them to continue their outstanding work.

How do I make Discord detect a game?

To make Discord detect a game, Go to Discord settings>Scroll down and click on Activity status>Enable Display current activity as a status message. From now on, Discord will detect the game you’re playing and change your status accordingly.

Why can’t I find the Discord Game Activity?

What Is Discord’s In-Game Overlay?

Discord In-Game overlay enables you to read the messages of your audiences straight from the game window without switching to Discord. This feature lets you participate in Discord’s messaging and voice chatting while playing a game.

In this post, I’ve explained everything you need to know about Discord game detection not working issue and provided you their solutions.

Go through the whole post more than once if needed and avoid any inconveniences while applying them.

If you have any further queries, feel free to comment down below. Out experts will get to you right away! 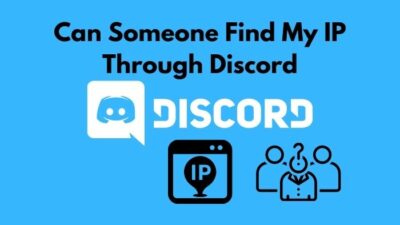 Discord
Can Someone Find My IP Through Discord [Explained 2022] 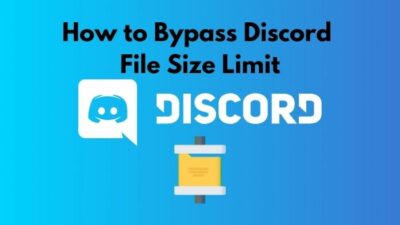 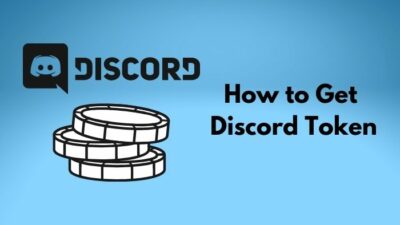 Discord
How to Get Discord Token [Step-By-Step Tutorial] 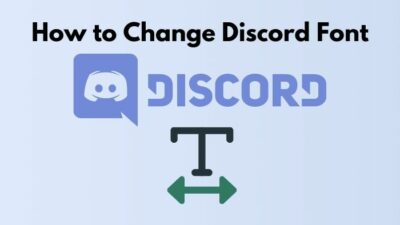