Can Motherboard Cause Stutters [Beginner’s Guide 2021]

It’s been a couple of days since you built yourself your first-ever PC, but now you are noticing a few glitches when you either play games or do some work.

There’s no doubt you want someone to tell you more about:

Can motherboard cause stutters? 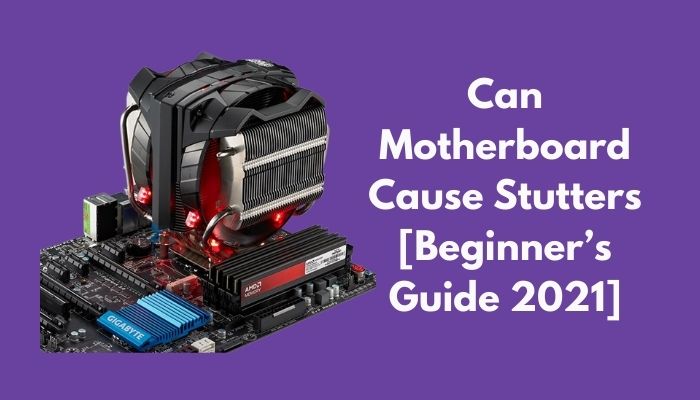 You don’t need to think about this anymore because you will get all the information you need to read this article. As a gamer, I also have experienced stutters many times, and the problem was never the motherboard.

So, grab your daily cup of coffee and bear with me until the end, so you never have to ask someone else about why your computer is stuttering so much.

Also, check our exclusive tutorial on Motherboard Be Repaired.

Can A CPU Cause Stuttering?

Yes, your CPU does have the potential to be the source of the stuttering you have been experiencing. This usually happens when your CPU is highly underpowered and when you play a game that relies heavily on the CPU.

Whenever you use a weak CPU and run CPU-intensive applications, you are bottlenecking your CPU, and the results will never be good. The more you bottleneck your CPU, the faster its overall performance will degrade.

To avoid GPU bottlenecks, you should try lowering your graphics settings in the game.

Another problem GPUs can cause is micro stutters. You will most likely experience micro stutters in a situation where the frame rate is having difficulty matching up to your monitor’s refresh rate and if your Vsync is enabled.

Keep in mind that there can be other factors behind micro stutters, like outdated or faulty system drivers.

In addition, you might be experiencing stutters because your CPU is reaching unusually high temperatures, and the cooler cannot cool it down properly. This usually happens on underpowered CPUs.

If you want the stuttering to stop, you should consider investing in a more powerful CPU or a better cooler.

Another widespread reason behind stuttering in games or just normal computer usage is low RAM capacity.

If the stutters you are experiencing are mainly happening in games, then take a look at the recommended RAM specifications for that game and compare it to your RAM.

The purpose of RAM is to improve overall frame rates and frame pacing. Suppose your overall free RAM capacity is insufficient. In that case, your system will be unable to process the information it needs quickly enough, and that will lead to overall poor performance and stutters.

This is precisely why a minimum of 16 GB RAM is recommended to be installed for gamers and regular users. You need to have at least 8 GB of RAM available for smooth performance. Check out our experts tested and reviewed the best RGB CPU coolers, best Aura Sync RGB GPU and best Aura Sync Compatible RAM for your PC.

Yes, Vsync stops or reduces the stuttering when it’s kept on, but in situations where your monitor isn’t the reason behind the stutters, Vsync won’t be able to prevent any stutters. To fully understand the reason, you need more information on Vsync.

So, how does Vsync work?

Well, Vsync or vertical Sync is a graphics technology that synchronizes the frame rate of a game to the monitor’s refresh rate. The main reason why this was created is to eliminate screen tearing issues and other frame rendering glitches. 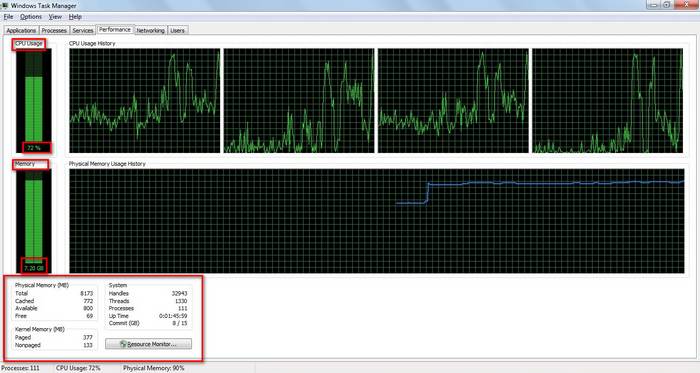 These issues will ruin any gameplay experience, but a simple fix is to turn on Vsync.

It’s not as simple as turning on the Vsync toggle, though. There are four main types of Vsync you need to know about.

Check out the easiest way to ASUS Aura Sync Motherboards in iCUE Easily.

Here are the types of  Vsync:

NVIDIA develops adaptive Sync, and this is considered a more brilliant alternative to the vanilla Vsync and renders the frames using NVIDIA Control Panel software.

If you are running a GPU that’s either a GT 600 series NVIDIA graphics card or something newer, you will be able to see this option in your NVIDIA control panel. 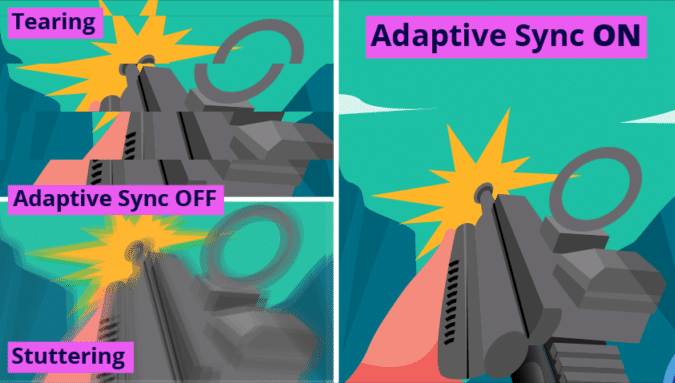 Adaptive Sync does the same thing as Vsync. Still, it puts a much bigger emphasis on eliminating performance lag caused by dipping refresh rates. It does a better job of keeping the visual performance buttery smooth without any tearing.

Fast Sync is a newer technology that NVIDIA also develops, and it will only work with its GTX 900 series graphics card or something newer, but it does its job wonderfully.

It does everything like Adaptive-Sync, but everything is just faster. This is the best form of Vsync because it keeps the latency impossibly low, so if you are a gamer, there’s no other better option. 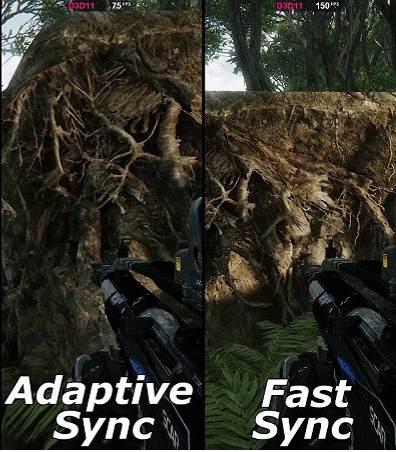 This one is developed by AMD and works only with AMD Radeon graphics cards.

Unlike other types, this one works alongside the vanilla Vsync. While it doesn’t necessarily fix all the issues you get with Vsync, it does make significant performance and consistency improvements. 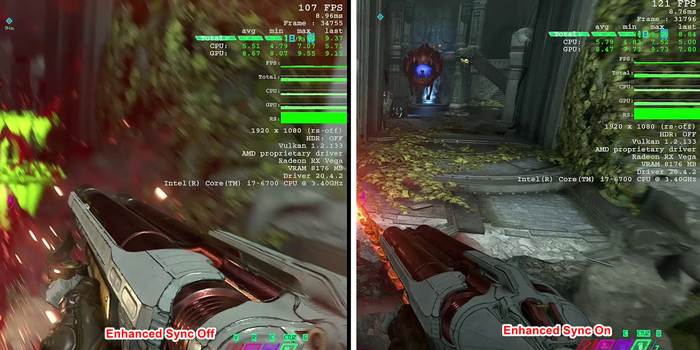 Smooth Vsync is another one that works in a completely different way. Unlike the others, this will reduce the average frame rate of your game, but it focuses more on streamlining the overall visual experience.

Smooth Vsync reduces stuttering by locking into your game’s most consistent frame rate and only increasing the fps if the game performance transitions above the monitor’s refresh rate.

Why are my graphics stuttering?

Your graphics in games typically start to stutter when players don’t optimize their system resources for games. So, you should always make sure that there aren’t too many background programs consuming system resources before starting a game.

Can a bad SSD cause stuttering?

Yes, absolutely. The kind of storage you are using makes a pretty big difference while playing games. While you are playing your game, data is constantly being used from your storage drive, so if your SSD is terrible or slow, it could end up causing stuttering.

Will a better PSU increase FPS?

Your PSU doesn’t affect your PC’s performance in any way, except a better quality PSU will only last longer. A PSU replacement will not change the frame rates in any way. The only time a PSU swap will make a difference in fps is if your old PSU was damaged.

A 240Hz monitor can be considered overkill if your GPU has low specifications. In that case, you should spend your money upgrading your graphics card instead. However, if the games you play regularly output at 240 fps, then a 240Hz monitor isn’t such a bad idea.

Also, check out our separate post on 9 Best Motherboard for Ryzen 7 5800x

There’s no reason to blame your motherboard whenever you are experiencing any form of stutters. The problem is usually another component in your CPU.

Now that you know which component might be the culprit and also how you can use Vsync to your advantage to reduce stuttering, it’s time to put all that knowledge to some use.

If you face any other issues or something related, you will probably find the answer on our website. 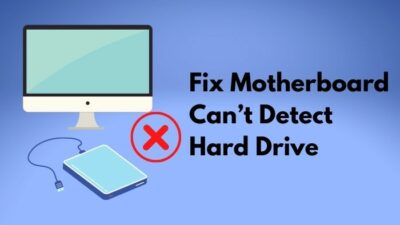 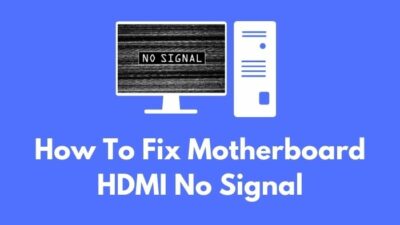 Motherboard
How To Fix Motherboard HDMI No Signal [2021] 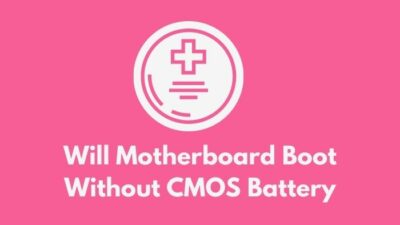 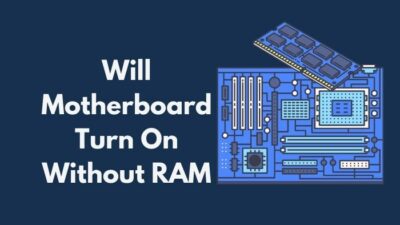