Who doesn’t want a clear and sharp display for gaming and multimedia purposes? All you want is a higher resolution-based monitor as your daily driver. But for those who love to play games at a great fps and do not care about the resolution, I believe 900p can be the sweet spot for them. 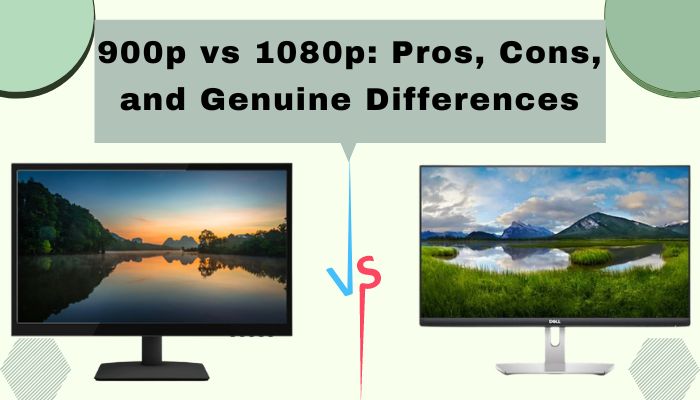 Well, there is a big jump between pixels and image clarity. In the 900p, you won’t get to see the same sharp images that 1080p will give you. So, for heavy gaming or video editing, higher resolution is considered a game changer.

To know more about 900p vs. 1080p — which is the best for you, read till the end. Finishing the article would be enough to decide which one to go for.

How Do Display Resolutions work?

The term, Resolution itself gives you a clue that it is all about the Pixels. Along with the resolution, the aspect ratio also matters.

Aspect ratio means measuring the screen’s height compared to its width. Meanwhile, you will find a 16:9 aspect ratio in most displays. The ultra wide displays like 34-inch curved monitors use a 21:9 aspect ratio.

To answer this question, you must know – what is PPI?

PPI means pixel per inch, and it determines a display’s image quality. More pixels per square inch means a better display. When a display has more PPI, it will give you sharper images than another display with the exact resolution. Interesting, isn’t it?

I hope you got a clear picture of how the display resolution works on a display and why PPI matters.

Technically speaking, 1080p is way better than 900p if you talk about picture quality, image sharpness, and text contrasts. Online stream services and games are now maintaining their resolution at 1080p. But 900p isn’t that bad, and those downsides are not very obvious.

While gaming in 1080p, your processor or GPU has to deliver more power to run the game, maintaining the higher resolution. That’s why you can count on 900p cause it needs less processing power from both the CPU and the GPU. Older game consoles with 900p are still rolling the games by delivering immersive gameplay.

This native 1080p resolution is the combination of 1920×1080 pixels. It has 2,073,600 pixels on the entire display. However, it may look sharper on smaller displays rather than on a large display. 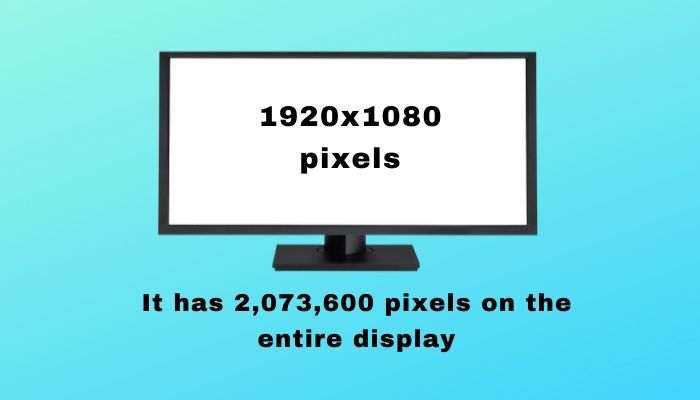 A native resolution with 900p is a combination of 1600×900 pixels. Multiply these numbers with each other you will get 1,440,000 pixels in 900p resolution-based monitors or displays. 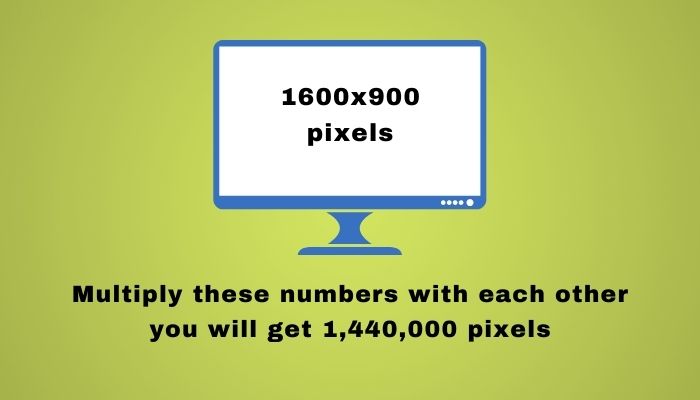 Now, consider which one is better from your perspective after reading the pros and cons of both 1080p and 900p.

While comparing the 900p with 1080p, it’s best to look at the daily basis using scenarios. I think this will make the comparison more worthy.

Speaking of daily work on a computer, we mainly do office or school-based work. Being an office person, you mainly do all your work in the spreadsheet or doc files. Whether your resolution is 720p, 900p, or 1080p, all those spreadsheets, docs, and emails will look the same. A monitor with 900p is not so bad compared to a 1080p display.

But don’t go for a monitor with a 1080p resolution that is more than 27-inch. Anything above 27-inch with 1080p is an excellent option to choose.

Most modern consoles can play games in 4K rather than 1080p. But if you want to play games in 1080p on your older consoles, try to set the resolution to 900p. Playing games in Playstation 5 will give you the option to play the games in 4K. 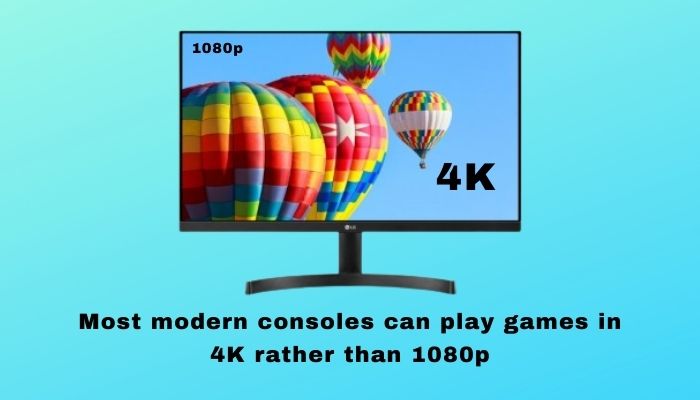 However, the older gaming console can play games in 1080p, but it will upscale the videos to match the resolution. Try to play the games in 900p on older consoles to get the most out of the game.

To play games in 1080p, you will need a powerful gaming pc that can render higher resolution images. Your game resolution settings depend on the capability of your PC.

You can play games with higher resolution, but you need more RAMs, a high-end CPU, and GPU. You need more horsepower in your PC to get max framerate out of the game in 1080p resolution. Though, old rigs or a PC with average components will struggle to give you high FPS. Switching to 900p can give you higher FPS with smooth gameplay.

To get the most out of a game with a budget build PC lowering the resolution to 900p will solve the problem for you.

Watching movies or playing other multimedia in 1080p is way better than watching it on 900p. It will give you 30% more pixels, producing more sharp and high-contrast images.

Do you prefer TV as your daily multimedia playback device? Then choose a TV with a higher resolution. Don’t go for 1080p, above 32-inch. A 43-inch TV with 4k resolution will make visuals more appealing.

However, playing a video with 900p with a higher resolution-based monitor is possible with the help of video scaling.

Video scaling is a program that is implemented in the monitor’s hardware. It helps to play lower-resolution videos in a higher-resolution supported display by scaling and adjusting the video frame.

But you might see blurry images because the images or the videos are stretched out to match the higher frame. Though, it depends on the monitor’s video scaling capabilities.

A streaming service with a lack of transcoding options makes the viewers unable to adjust the resolution. Viewers with a slower internet connection won’t be able to watch that stream at all.

That’s why Twitch recommends streaming the content in 900p or lower resolution. Twitch sets the bitrate to 6000kbps on your stream and doesn’t provide a transcoding option. Though 6000kbps may sound massive to stream content in HD, it’s not enough to stream the content in 1080p at 60 FPS.

In a hurry? Check out my new post on how to Fix a Noisy/Rattling PC Fan

It will be hard to tell the differences between a 900p and 1080p monitor from a side-by-side comparison. But there is a slight difference between them. The picture will look a little sharper and more pleasing.

Yes, you can play games in 900p, but the visual experience will be awful. Though you may get higher FPS by setting the resolution to 900p, the visuals will not be crystal clear. You will see blurry images while gaming.

Yes, it does require more bandwidth than 720p and 900p. While streaming live through Twitch or Youtube in 1080p at 60 FPS requires a minimum of 7.4 Mbps of uploading bandwidth.

You might think that 1080p will provide higher image quality than 900p. But sometimes 900p can perform better as there is not much difference between 900p and 1080p.

To watch movies and videos or browse Youtube, you should go for a 1080p monitor cause you will always see high-resolution images. But, it does require extra power for rendering.

Having a low-powered PC? Don’t get worried because you can still enjoy movies and videos by lowering the resolution to 900p or in case you have a 900p resolution-based monitor.

I hope you get all the differences between 1080p and 900p resolution. Share your thoughts in the comment box below. See you at the next one. 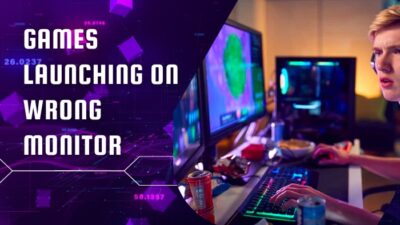 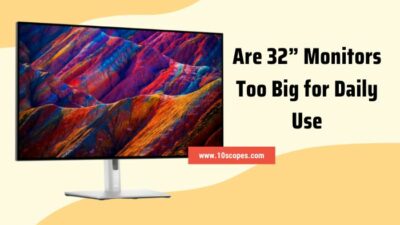 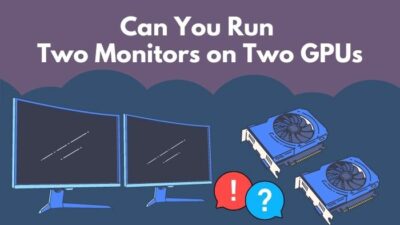 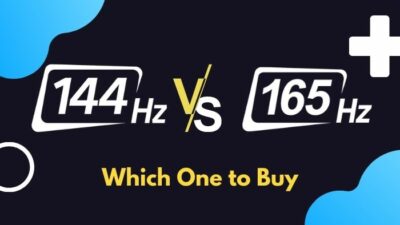