How to Find Minecraft Spawn Chunks

Like every Minecraft players, I wanted my inventory full and that's why I searched for spawn chunks.

With hours of research, I found the easiest way to find these blocks.

What are Spawn Chunks in Minecraft?

Minecraft's spawn chunks are the 16x16 chunks or 12x12 without calculating the lazy chunks around the spawning world point. The chunks are always loaded, and so they are special from others. Spawn chunks are available on JAVA Edition, Bedrock Edition, PS4, and XBOX. 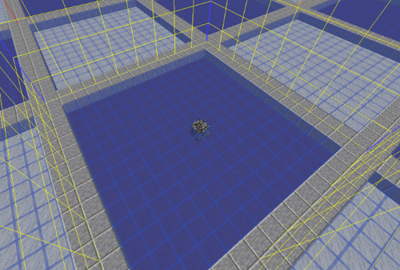 Keep reading, As I'll be showing you how to find spawn chunks in Minecraft very easily.

Also, check out our separate post on how to find buried treasures in Minecraft.

Spawn chunk is a new minecraft block gifted to the java edition. Many Minecraft players don’t even know what spawn chunks are. Spawn chunks are always loaded and so they are ideal for things you would want all the time. For example, Iron Farm, a redstone contraption etc.

It replaces items coming through from the end portal or the nether. So you sometimes need to build a storage system to collect those items and that’s very easy too.

Finding the chunks aren’t that difficult but, there are several ways to find them and I will go over them one by one.

Here are the ways you can find minecraft spawn chunks:

1. Use a Spawn Chunks Finder 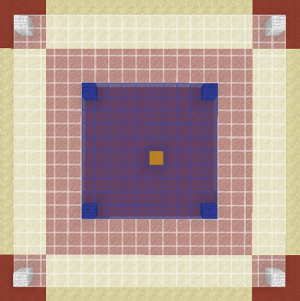 You can use an external third party program called Amidst. If you enter your seed it will show you the co-ordinates of your base with the home icon. But this may be considered a little bit cheaty which is fine because there are two ways to find it in game.

You can also read out separate post on finding the rarest Minecraft Biomes using the  minecraft biome finder.

You can make a compass and the compass will always point to the center of your pre-release spawn chunks. You just have to follow the needle of the compass until it alters the direction very quickly.

When this happens, you are either at or very close to the central point, so move around for a moment. After figuring out the center, make a marker to remember where this location is. Now, respawn.

When you do respawn, it may not be exactly in the middle, so it would be great to get a compass and mark the center as before. If you are not sure how far away from the chunks you are, press F3 and bring up the debug screen. You can also find saddles in Minecraft in a spawn chunk.

Spawn chunks are usually located around X=0 and Z=0 and so if you are several thousand blocks away from it, quickly kill yourself. So, once you have made it to the chunks, you need to map out where they are as the total size of them is 192X192 blocks. For this you need a lot of disposable items.

Use a command block to locate yourself in the same coordinates instantly.

As the chunks are already loaded, the items will respawn after five minutes. Head towards the marker where the compass said is the center then walk away from it in one direction for about 64 blocks. Throw some cobblestones on the ground.

Keep walking and also throw cobblestones on the ground for another 64 blocks or so. If you are in a single player mode, you will need to go through a nether portal. Only the chunks and the nether will be loaded, if you are in the nether.

So, you can wait five minutes and all the items will respawn. If you are on a server, you can do this too or simply log out, as the server still be running. But, if there are other players online, make sure they are not in the same area.

Then, after five minutes, you can log back in and the items in the chunks will be pre-released. When you return to the overworld, you should see where your trail of items cuts off.

It happens because the items in the unloaded chunks would not respawn. Press F3 and check to see if you are on a chunk border and if you are, then you have successfully found one border of your spawn chunks.

You should mark this with some blocks or cobblestones so that you don’t forget where the chunk is. You can walk exactly 192 blocks back across your spawn chunks and expand those borders until you have a big square showing the edges of your spawn chunks.

Spawn chunks are very easy to find if you follow the steps in this post very carefully. Use any external tool as the new Minecraft spawn chunk finder to find the pieces easily.

Once you get the hang of it, it will be easier for you to find more.