Can an Overheating CPU Cause Shutdown [Fact Analyzed 2023]

Damn! Just half a minute left to finish the game, and all you just need is to make one kill to break your previous record! But within a fraction of a second, you see that your screen has gone and your PC shut down. Wait wait? Did the power cut ruin your precious moment?

No, power seems right! Then what caused this?

But, this happens a lot when your CPU gets too much hot. But don’t worry, it happens for some reason. I will explain why your PC shut down when it overheated too much in this article.

You can count on me because I am dealing with pc hardware as a hardware engineer for the past 10 years.

Just try to read till the end to find out the reasons behind this and is it good or bad for your CPU. 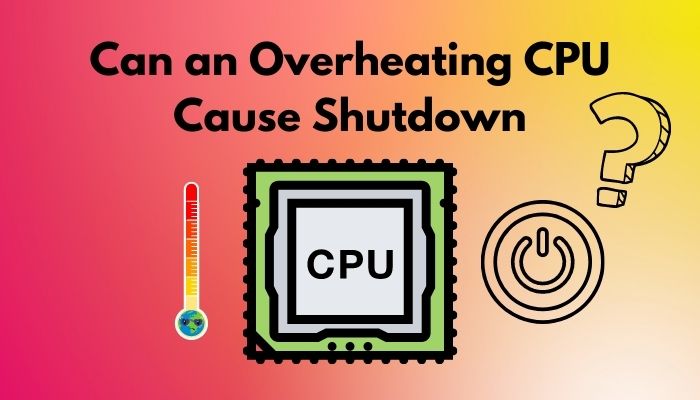 Should you Shutdown an Overheated CPU?

Yes, an overheated CPU can shut down itself automatically and it’s a good thing. When too much heat is generated from the CPU and the transistors and diodes inside it are on the verge of a melting point then the CPU shutdown itself. All the modern CPUs are implemented with fail-safe functions by the manufacturers.

This feature is a blessing for the CPUs. It saves your penny from buying another processor. Your CPU will fry up if it doesn’t shut down immediately when it gets too much hot.

Suppose your CPU doesn’t have a fail-safe feature or thermal throttle detection has gone bad. You are editing a video in the Davinci Resolve or Vegas Pro and you applied for rendering after your work is done.

After a while, you see your pc is lagging and editing apps are behaving weird, at the same time burning smell tickled your nose, and your pc shut down immediately.

This scenario can give you a heart attack because you will find that your CPU has fried up and all the transistors and diode inside are damaged permanently. So, fail-safe helps to prevent your CPU from this type of accident to happen.

When your CPU faces throttle due to thermal issues or CPU overheats due to high CPU usage this feature comes in handy. It lowers the clock speed to fix the thermal issue.

So, If your pc shut down when it’s overheated too much then don’t worry it’s a good thing.

Why does Overheating Force CPU to shutdown? 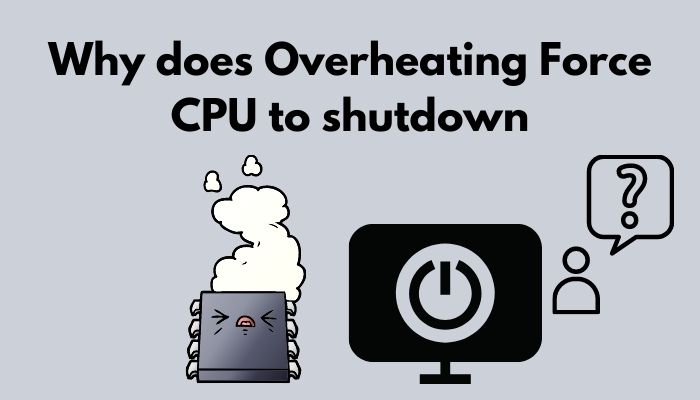 In the past when CPUs didn’t have any feature or function that can save them from fried up due to overheating, then CPUs were more prone to be permanently damaged. But as years goes by CPU manufacturers improved their CPUs a lot.

They are changing CPU architectural design and making the CPU more power efficient by narrowing down the gap between transistors. The fail-safe feature is one of them.

This feature force the CPU to shut down immediately if its sensor detects too much heat is generated. As you know, Heat is the main reason for lowering the CPU performance.

When your CPU strikes the highest temp for it then it is forced to shut down. It occurred to save the CPU from getting permanent damage. So, at which level of temperature a CPU can shutdown itself? Let’s dive deep into it.

Also check our exclusive tutorial on how long do CPUs last.

Temperature facts for a CPU

In order to have a stable performed CPU, it’s mandatory to check the temp always. If your CPU is overheated you may see performance drop. CPU temperature depends on ambient room temperature.

But AMD Ryzen latest gen 3 architecture base APU has a safety feature against high temperature. It shut itself down to prevent permanent damage. So, gamers are now heading more to the AMD’s APU than Intel’s CPU.

So, Overheating can shutdown your CPU forcibly because of the fail-safe feature.

Why does a CPU Overheat?

While gaming you may see your CPU temperature increasing at a skyrockets speed. This same can happen while you are video editing or rendering videos, Developing or rendering games. So, what cause this overheating?

Suppose, you are working with multiple heavy apps at a time. Then CPU usage will be high. High CPU usage can overheat the CPU because it has to handle tons of programs and execute them. To handle this massive workload CPU usage became high.

Sometimes faulty CPU cooler can be the reason. If heat can not be blown out from the CPU then it gets hot. A faulty CPU cooler with a damaged fan can’t cool down the CPU effectively. If the base plate of the heatsink failed to cover the entire space or tiny gaps between the CPU and heatsink will not pass the heat perfectly.

A motherboard with a damaged VRM can pass high voltage to the CPU, which is also a reason for overheating. So, a faulty motherboard can heat up a CPU or even fry it.

As a gamer, you should often overclock your CPU and GPU. You have to increase the voltage a little amount to overclock but this tiny amount of increased voltage can overheat a CPU.

Another reason can be the lack of airflow into the case. If your casing’s air vent is filled with dirt then airflow can’t be passed appropriately. Air is a must to cool down the CPU. Misconfiguration of the intake and exhaust fan can imbalance the airflow. If exhaust fans exceed the number of intake fans then it can overheat the CPU.

Follow our guide to know how hot can a CPU get without Heatsink.

How to Avoid an Overheated CPU

To avoid an overheating CPU the first option is to use a good quality CPU cooler. If the cooler is too good to pass the heat away from the CPU then you will not face high temperature. The stock cooler is not good enough to cool down the CPU. Aftermarket coolers like tower air coolers with two or three fans or liquid coolers are the best in class.

Try not to overclock the CPU too much. Overclocking the CPU frequently can damage the processor. It also produces too much heat. If you continue to run your CPU with high temp then it will degrade more quickly than it should.

Ensure balanced airflow inside the casing. Keep your dust filter dirt-free. Try to install multiple intake fans if your case supports it. But keep in mind exhaust fan should not exceed the intake fan.

When your CPU is in high usage then try to minimize or close heavy apps. Heavy workloads at a time stress the CPU and cause high usage. Know the limits of the CPU and how much workload it can handle.

If every above-mentioned factor is ok and still your CPU is overheating then try to run a stress test for the CPU. A faulty CPU will not pass the stress test. If it fails the test then it’s time to change the CPU.

Also, check out our separate post on can you flash BIOS with CPU Installed.

What is the Fail-Safe feature in a CPU?

Fail-safe is a feature or program in the CPU that halt or stops any running process after detecting failure or any hardware issue that can cause damage to the CPU. Fail-safe can lower the clock rate or can shut down the CPU if it gets too hot.

Can overheat fry the CPU?

Yes, it can but it depends on some factors. But modern gen CPUs are designed with fail-safe functions which will prevent the CPU from frying up. But if fail-safe failed to do its job then can fry the CPU.

At which degrees of temp a CPU can shutdown?

When your CPU temperature will rise to 90 degrees or above it will shut down automatically to save it from permanent damage. But it depends on how the fail-safe features are implemented on it and how much stress it can take.

So, an overheating CPU is a headache for every user. It can reduce overall systems performance. Too much heat can damage not only the CPU but other components also. Try to provide a perfect cooling solution for your CPU so that it can perform at its best.

I think you get all the points and the reasons behind shutdown when a CPU overheated much. If you have read the entire article now you know what to look for and how to overcome the overheating issue.

Leave a comment below to share your thoughts about this article and ask me if you have failed to understand any topic. 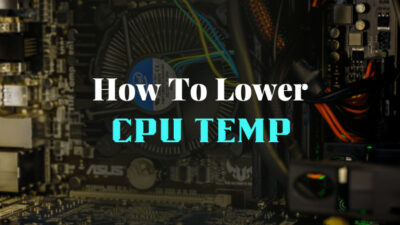 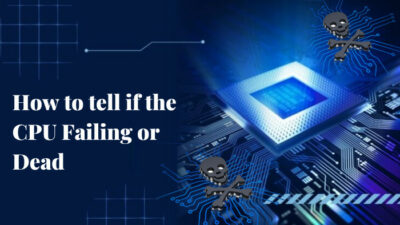 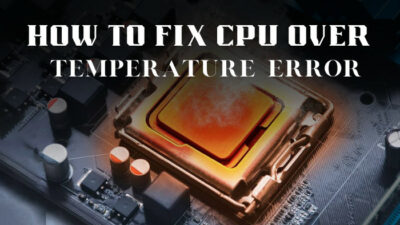 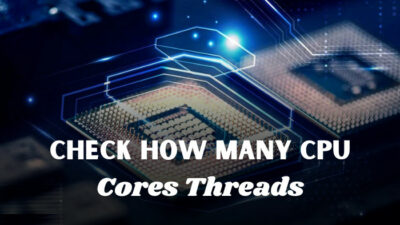 CPU
Check How Many CPU Cores Threads You Have [Quick Reveal]