Are AIO Water Coolers for GPUs worth it?

Now that your Gaming or Workstation is complete because you recently bought a GPU, you might be thinking:

Are AIO watercoolers for GPUs worth it?

AIO or liquid cooling for GPUs is worth the money because when it comes to overclocking without Liquid cooling, your components might face throttling. And it helps you to play all the AAA titles in the maximum possible graphics without overheating.

Well, I have been in the same confusion for a long time, and after searching and implementing all the ideas on the internet, I came up with a complete guide that will help you make a decision.

But before that, we have to settle down on an ongoing debate.

Do read the post till the end so that you can vanish all your doubts.

Should you buy an aio cooler? Check out how safe are aio coolers for your Rig.

Quick Navigation hide
AIO vs. Air Coolers: Which One Should You Buy?
Is watercooling your GPU worth it?
1. PC Cooling
2. Overclocking
3. Aesthetics
How to Watercool your GPU
Final Thoughts

AIO vs. Air Coolers: Which One Should You Buy?

When it comes to picking PC parts, it can be very tricky, and it is a hell of a job to choose cooling components because of all the options out there.

If your CPU or GPU is sitting idle, you can quickly get away with your stock coolers. But when you are putting an extra load on them, it is a whole different ball game.

And if you ever think about overclocking your components, then it’s a must that you need those fancy coolers. 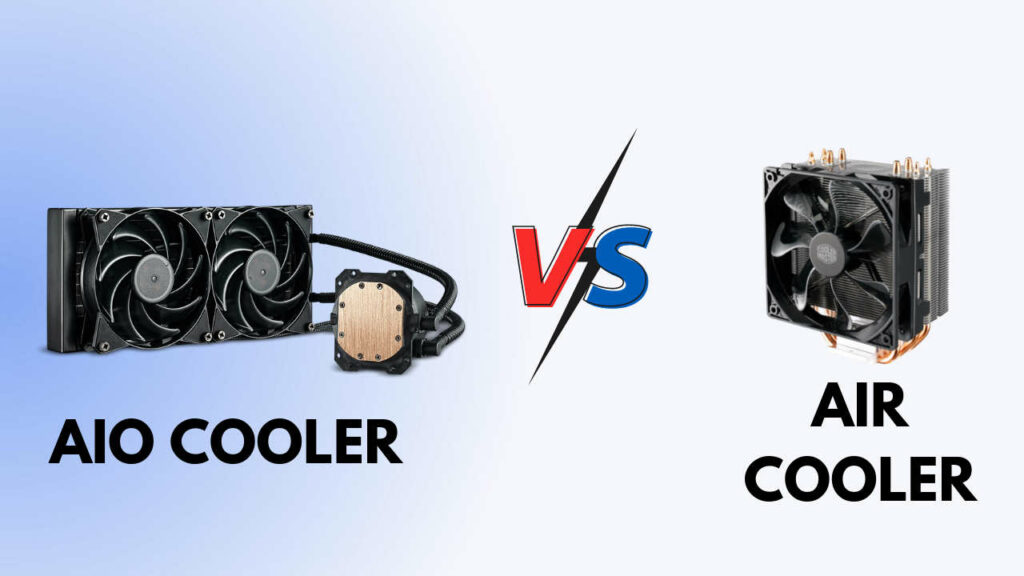 In this guideline, I will be talking about Air Coolers and AIO Coolers.

When it comes to picking up between Air and AIO coolers, you need to consider some things. Such as Price, performance when overclocking, and Aesthetics.

Well, big money you pay for AIO coolers because of overclocking. Your components go through extreme pressure when it comes to overclocking. Without an excellent cooling system, you might end up frying your whole system. That is why people pay big bucks for AIO coolers. Want to know which CPUs are best for RTX 3000 series GPU? Check out some budget-friendly CPUs for RTX 3070, 3080, 3090 series.

AIO coolers, when it comes to aesthetics, are miles ahead of Air coolers. That doesn’t necessarily mean there are no good-looking Air Coolers in the market.

But people with tempered glass cases and RGB components on it really should go for AIO coolers because that will make your PC build pop. AIO coolers with RGB specks look impressive.

So, which one should you settle for? AIO or Air Cooler?

Look, if you are someone who cares about PC aesthetics and will overclock in the near future, then AIO Coolers are for you, but if you just want a regular pc and don’t want to spend too much, then you should go for Air Coolers.

Is watercooling your GPU worth it?

Liquid Cooling Comes with its own set of Advantages and Disadvantages.

Advantages as in Better Thermal performance, good looking, and gives you more room to customize your PC.

And being expensive, louder than usual and risk of leaks are one the main disadvantages.  Check out some awesome AM4 socket-compatible cpu coolers.

So why go for it? 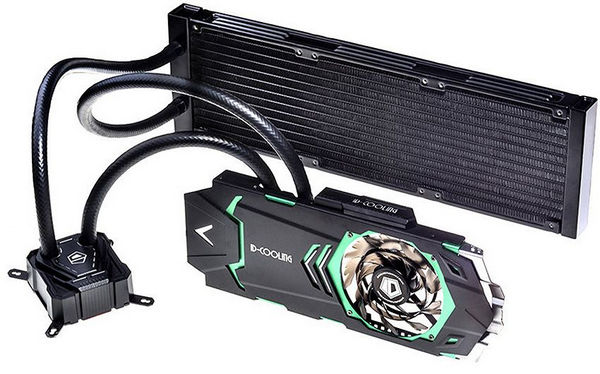 Here are the three things you need to consider while buying a liquid cooler:

PC components are usually on a medium temperature nowadays because of Heatsinks.

But that is true up until you put pressure on it. The very moment you go on medium to high usage, it starts throttling because of the components being hot.

If you examine your pc, you will find out that the maximum amount of heat generated from your GPU and CPU if running on medium usage.

And that comes with a price. Overheating leads to a decrease in performance, and at times you get like 10 to 15% less performance because of overheating.

But you don’t have to worry about all that if you get your hands on water-cooling.

Liquid cooling not only helps you to cool your entire system down, but you can play all your AAA title games with a maximum performance out there without worrying if your GPU temperature is getting high or not. Don’t forget to check out the best alternatives to dark rock pro 4 cpu cooler.

Also, if you think about overclocking your GPU, then getting your hands on good liquid cooling is a must.

Overclocking is pushing your GPU to its maximum possible limit. Which generates more heat than usual, and your stock GPU cooler barely handles the temperature in medium usage but in max usage?

It is a suicide mission for the GPU, then. So, if you are thinking about overclocking your GPU, then you should get your hands on liquid cooling. If you want to overclock your CPU, here are some awesome budget best cpu cooler for overclocking.

As I mentioned earlier, AIO coolers look fantastic with RGB. Also, it gives a lot more room than usual to customize your whole pc. I mean, think about your GPU standing vertically with extra perks of hardline tubing.

Yes, if you are in it for the looks, you should really get your hands on liquid cooling.

Let’s assume you already have one or will get one in the future, but how do you install it?

Well, the following paragraph is for you.

How to Watercool your GPU

Before going into the process, I would like to remind you that it’s better to get help from professionals if you are not comfortable with screwdrivers.

Here are the steps to install AIO Coolers for GPU:

Cooling your PC parts should be a concern at the end of the day for a heavy user. Because we all want a good performance from our pc.

Hopefully, this guideline will help you to decide better whether to go for liquid cooling or not.

And if you still have any queries, you can always reach us. 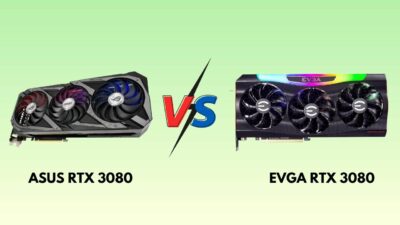