Where are PSU screws? [Find out the Mounting Screws Easily]

So, you are planning to rebuild your PC, but can’t find the PSU mounting screws?

This guide is definitely for you. 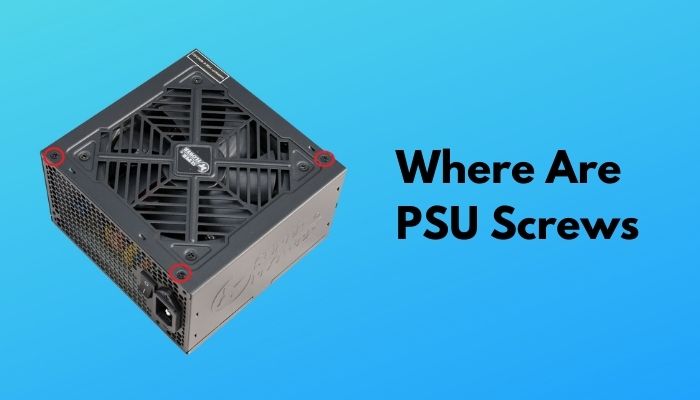 Where are PSU screws?

PSU screws usually come with your PSU box alongside some zip ties. If your PSU doesn’t provide the screws, look for all the accessory boxes inside your CPU case. Cases usually come with screw boxes tucked inside the disc drive, shelves, or other storage trays.

As a computer nerd, I have built many computers for myself and as well as for my friends by now. You can count on me regarding this.

Keep reading this post to the end to become an expert about these tiny screws.

If you don’t know about your PSU then check out what power supply you are using.

Quick Navigation hide
Does PSU come with screws?
Is it ok to mount a PSU upside down?
Do PSUs have mounting screws?
How many screws are needed for PSU
Does your power supply have to be screwed in?
Do PSU screws come with a PSU or case?
How do you screw a PSU into a case?
Final Thoughts

Does PSU come with screws?

Yes, most of the PSUs come with their screws in the box. Some newer PSU models come screwless, especially modular PSUs. But that is usually not a problem since the PC cases offer some extra PSU/HDD screws.

I know many of you have corsair power supplies for your PC.

Here’s a complete guide on are PSU cables universal.

So, for those guys who have a corsair PSU;

Yes, most corsair PSU models come with screws. Some newer modular PSU models may not provide the mounting screws. When this happens, the user manual surely asks the user to use the screws which come with the case.

Is it ok to mount a PSU upside down? 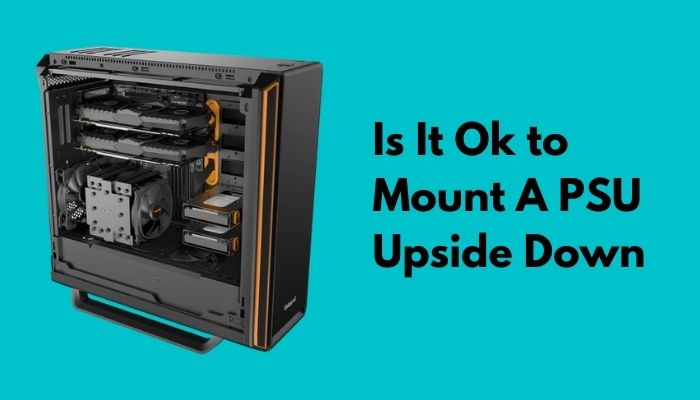 Yes, it is okay to mount a PSU upside down. As long as there is no obstruction in front of the PSU fan, then it’s fine. A PSU fan sucks in air, so facing the fan up only means the hot air from inside the case goes into the PSU and gets exhausted out of the back.

PSU fan takes in cool air from outside the case through the vent at the bottom and exhausts it out the back.

If you face the fan up, all it will do is take in the hotter air from the case and exhaust it out. Have some time to spare? Quickly check out our epic guide on do modular PSUs come with cables.

One advantage of a PSU fan facing down is that the PSU acts like an independent system of its own which may increase the lifespan of the unit. On the contrary, the other orientation makes the airflow of the PSU interdependent, which may need monitoring of air pressure if there are multiple fans inside your system.

All in all, it depends on your PC case layout, meaning where the vent is, airflow with other fans, and PSU itself. If both the sides have vents, it’s better to face the fan down because ideally, the design of most of the PSUs allow them to be set upside-down.

Some newer models have Zero RPM mode. The fans do not spin at all unless your PC uses/exceeds the threshold power in this mode. This is also called Eco mode.

If your PSU has Zero RPM mode, you can face it in any direction as the fan will rarely ever spin.

Don’t forget to check out the list of the best inverted ATX case.

Do PSUs have mounting screws?

Yes, PSUs do come with mounting screws in the box. You can get the screws from a computer hardware store if you’ve lost them or your PSU didn’t arrive with them. They have 6-32 threadings.

In case your PSU didn’t arrive with mounting screws for whatever reason, you’re wondering what screws you’ll need.

To secure the PSU to the casing, you’ll need four screws. The screws are hexagonal and 6-32 threaded. In addition, you’ll need 3.5″ screws for HDDs, expansion cards, and the case panel, as well as M3-0.50 screws for optical discs, floppy drives, and motherboards.

Yeah, you are now an expert about the screws you’ll need for your PSU, but the next question that is haunting you now is:

What size are PSU mounting screws?

The power supply contains four 6-32 threaded screws. Additionally, 3.5″ screws for HDDs, expansion cards, and the case panel, and M3-0.50 screws for optical drives, floppy drives, and the motherboard. All of the screws are hexagonal in general.

The width of these screws is usually the same as your pinky fingernail. If you start to feel resistance while screwing, you’ve gone too far and should stop immediately.

How many screws are needed for PSU

PSU needs four hexagonal 6-32 threaded screws to secure itself into the case. These screws are either mounted at the bottom or on the back of the case, depending on the type of PSU/case.

To secure PSU inside the casing, the PSU requires four hexagonal 6-32 threaded screws. Depending on the type of PSU/case, these screws are either on the bottom or rear of the case.

These screws are typically included with the power supply, although certain models may not come with them out of the box.

If that’s the case, I’m happy to tell you that your case almost certainly has some extra PSU/HDD/Motherboard screws to secure your PSU to the case.

Quickly check out whether PSU extension cables are safe or not.

Your power supply may be fresh, but your case is old. You’ve just noticed that your new PSU doesn’t have those mounting screws, and you may have misplaced all of the extra screws that came with your case.

Now you are planning to run to the store to buy some, but you are wondering:

Does your power supply have to be screwed in?

If you don’t move around your computer, it’s not necessary to bolt your PSU to the CPU case. To ensure utmost security, it’s best to screw them. There’s a reason they come with screws, after all.

Follow our guide to know will PSU fit in my case.

Yeah, this answers your question. The wise thing to do is to screw your PSU but wait; this question led you to think:

Do PSU screws come with a PSU or case?

PSU screws come with PSU as well as with the case. Some newer PSU models may not have included the screws because of the assumption that the case includes those screws. So, in case your PSU is missing those screws then don’t worry, your case got your back.

PSU screws usually are included with your power supply. Some recent modular power supplies may not include screws, but this is usually because the chassis includes the same screws.

If you are planning on getting a new PSU and wondering if PSU can affect FPS, then quickly check out our epic guide.

How do you screw a PSU into a case?

Screwing a PSU to the PC case is a straightforward task when comparing it with connecting the PSU cables. At the top and bottom of the back of your CPU case, there are four huge screws.

Here are the steps to screw a PSU into a PC Case:

All that’s left now is to align the holes and secure them using the screws that came with your PSU/PC case. This procedure will necessitate the use of a screwdriver. Screwing it in place will only keep your PSU in one spot.

PSU screws are those tiny things that many new PC builders stress about. Honestly speaking, you may not get a lot of information about it. Even if you do, the information is usually scattered all over the internet. This is why I am here to make your life a bit less frustrating by bringing all tinnie tiny scattered information under one umbrella.

To summarize, PSUs do come with four 6-32 hexagonal mounting screws. Of course, it isn’t necessary to mount your PSU to the case if you don’t move around your PC. Additionally, you can install your PSU in any orientation you want as long as there is a vent facing the PSU fan of the design allows it. 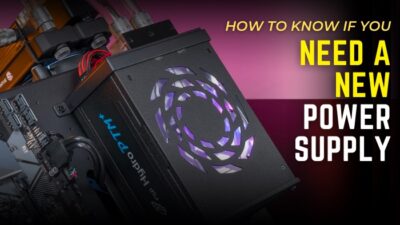 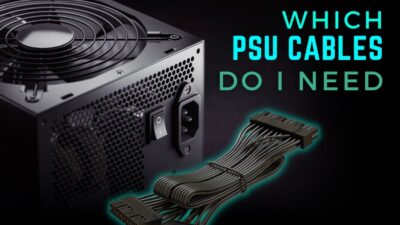 PSU
Which PSU Cables Do I Need [Beginner’s Guide 2023] 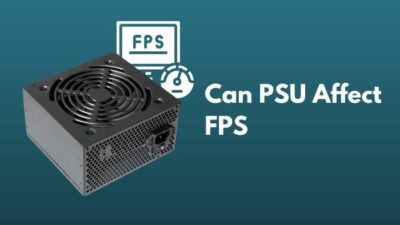 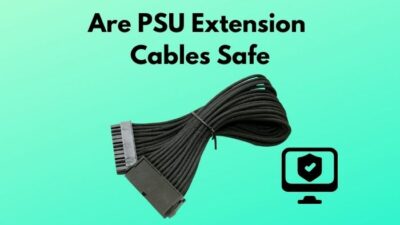