Which RAM Channels To Use? [Read This Now!]

When building a new PC, it hits in the head; how should I use RAM channels? Or it can be that upgrading your PC, and you get stuck about how to upgrade the RAMs.

You might want to hear my opinion about RAMs as a full-time gamer. A very common question is,

Which RAM Channels to use?

Only one of the two RAMs is functional in a single-channel configuration, limiting memory throughput to the rated speed of the slowest single RAM module installed. The memory controller uses both channels to communicate with the CPU in dual-channel memory configurations, doubling the bandwidth and maximizing performance.

For more in-depth information and understanding of RAM channels, stay tuned with me and I will let you know everything there is to know! 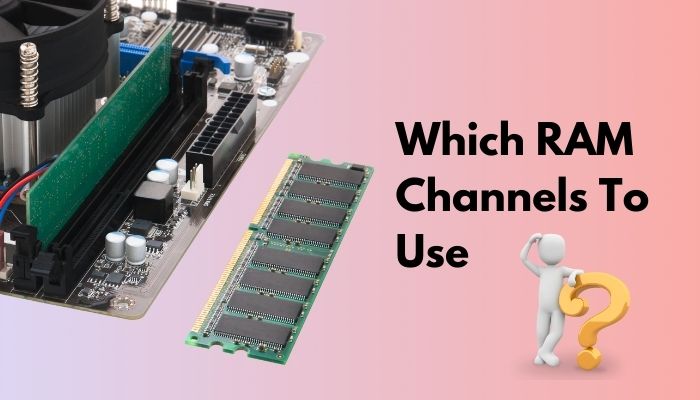 Check out the difference between RAM and VRAM.

What Are Single, Dual, And Quad Channel Configuration?

Where you put your RAM sticks in a motherboard is known as DIMM (dual in-line memory module) slots. You might also know it to be ‘RAM slots.’ The more slots your motherboard has, the more RAM you can install. Your motherboard might have DIMM slots starting from one to eight slots.

So having a single DIMM means you are running a single-channel and true for others, maybe? Probably right, but not all the time. You might have 4 RAM sticks in your motherboard but still, it might be running in dual channel.

So it really depends on if your motherboard supports quad-channel or not and even processors also come into play in this regard. Some CPUs support quad-channel memory, while other supports only dual channel.

So having more RAM slots or more RAM does not necessarily mean that you have bigger bandwidth, but you certainly will have more memory installed.

How To Enable Dual Channel RAM?

Starting to understand everything little by little now, some questions will pop up in your head, and I will add them here, answering them thoroughly. 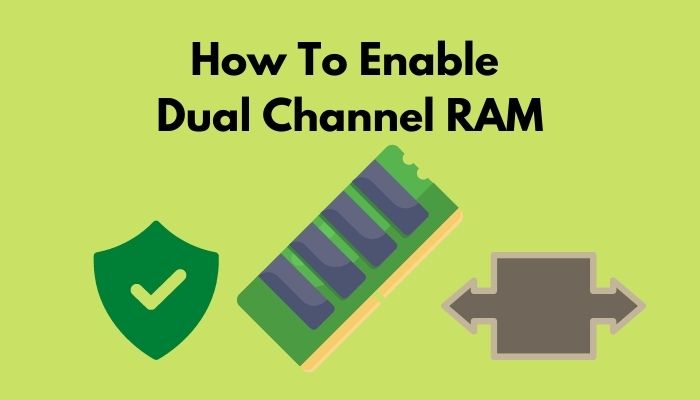 What Is Single Channel Mode?

The RAMs will run in single channels and even causing to run in slower one’s frequency (speed), which will not utilize the RAM’s full potential.

What Is Dual Channel Mode?

Dual-channel mode is a technology that uses two memory channels to increase the data transfer rate between a computer’s memory and CPU. So, two RAMs communicate with the CPU, simultaneously improving the system’s performance.

In a sense, the dual-channel mode runs two RAM modules together to be more optimized. In a research, it was seen that using dual channel mode CPU (processor) works 5% to 20% better than single channel as it put less load on CPUs.

This is a big deal for budget PC as it can benefit the users by reducing pressure from the CPU and increasing the CPU’s safety and longevity. If excessive load is given upon the CPU, it tends to overheat, resulting in reduced performance.

To enable dual-channel first, you have to check yourself whether if your motherboard even supports dual channel or not.

Putting the same size and speed of RAM in the same colored slots will automatically enable dual-channel.

Again, don’t get confused if you don’t see any colors on your motherboard. Look out for markings beside the slots, as companies sometimes tend to make the motherboard to their liking.

For example, there might be markings saying A1, A2, B1, B2. To enable dual-channel mode simply, you just need to need to install the RAM sticks in A1 and B1 or A2 and B2. However, installing the sticks in A1 and A2 will make them work in single channel mode.

To keep in mind, different manufacturers may change the dual channel slots in other combinations. So to be on the safe side, you can just read the manual which comes with the motherboard.

Quick Tip: You can check if your system is running on single channel or dual by using CPU-Z, a free software. In the software, under the ‘Memory’ section, you will find ‘Channel.’

How to Enable Quad Channel RAM?

A Quad memory channel is a multi-channel memory that can increase data transfer rates between memory sticks and controllers by adding more communication channels.

A quad-channel mode should work better than a dual-channel as it enables four RAM sticks to work together effectively. Despite that, the performance increase in quad-channel is very marginal compared to dual-channel memory. Except you are running memory-hungry programs.

Enabling quad-channel is very easy, you just need to put four RAM sticks of the same size and speed RAM sticks in the right DIMM slots of the motherboard.

But before that, you need to confirm the following two things in your system,

Assuming you have a quad-channel supported motherboard, running it depends on your processor too. To begin with, not every processor supports quad-channel.

You will find support for quad-channel DDR4 on all AMD Ryzen Threadripper CPUs, as well as the server-focused AMD Epyc CPUs throughout all generations.

Okay, now it is something to consider not only for the longevity of your system but also for future-proofing.

As we have seen previously, running dual-channel or quad-channel enables better communication and achieves bigger bandwidth. It increases the system’s data transfer rate between memory and processor.

Dual-channel or quad-channel offers a slight increase in 2-3 FPS in gaming which is relatively insignificant. But for other tasks such as editing, it will significantly impact performance.

Moreover, if you run a single channel with bigger RAM, for example, 16GB single stick RAM rather than two sticks of 8GB RAM, then in case of RAM failure, you cannot run your computer at all. But if one of the two 8GB RAM sticks fails, then the other 8GB will be able to run your PC for the time being.

Whether you run multi-channel or single-channel is totally up to you. But if you ask me, getting a performance boost is preferable to me even if it is a slight boost for gaming, as it will also bump up the processor’s workability.

Hope you learned something from the article. If you have any other queries, just let me know, and I will be more than happy to help. 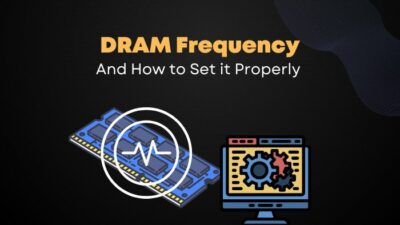 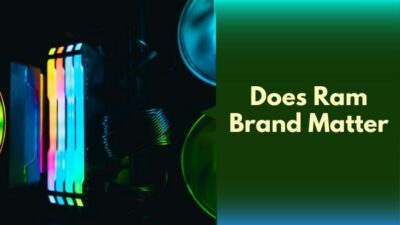 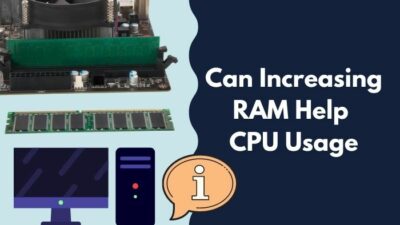 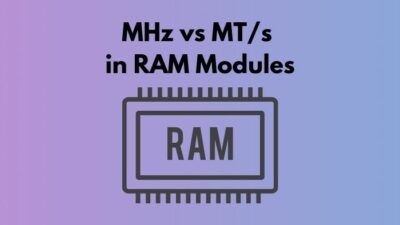