What is The Proper CPU Cooler Fan Direction? [Read this!]

Your new PC cooler just came in and you have figured out the installation process. The only question on your mind right now is: 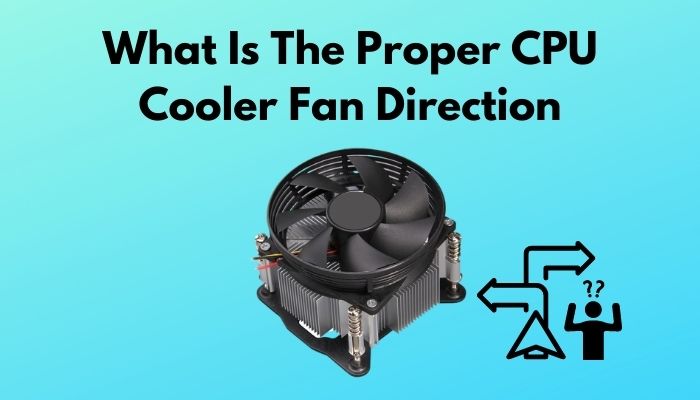 What is the proper CPU cooler fan direction?

The proper CPU cooler fan direction depends entirely on what kind of airflow you want. Generally, the direction should be set in a way so you can draw in the air using the case fans at the front while the fans at the back of the case will do the opposite.

Worry not, as you are not the only person out there who has been asking the same question. I, a tech enthusiast,  am going to answer that and provide you with everything you need to know.

So, without wasting any time, let’s get straight into the main topic. Make sure to not skip any part because each and every section will be important for you at some point. Also, grab yourself a coffee or tea so you are wide awake when reading this.

Quick Navigation hide
Does The Fan Direction For The CPU Cooling Make A Difference?
What Direction Should The Heatsink Fan Face?
How Often Should You Dust Your Fan?
FAQ
Final Thoughts

Does The Fan Direction For The CPU Cooling Make A Difference?

I would say that yes, the fan direction is one hundred percent a very important factor for CPU cooling. It’s common knowledge that the air flow inside the case and through to the outside is very important.

That is exactly why the fan needs to be set up in such a way so that the airflow is optimal.

For context, let’s take an Intel factory cooler as an example. The airflow in that is downwards through the heat sink and then out in every direction in your case.

On the other hand, in a CPU cooler with a vertical arrangement like the Hyper Evo 212, the air is pushed through the fans and then you will have to point it towards the back of your case.

This is because, most of the time, the hot air coming off the cooler will probably be evacuated with the help of an exhaust fan at the back.

Another very common method is to pull the cool air into the chassis by keeping the intake fans at the front of the chassis. The cool air is then picked up by the cooler and it usually gets heated up and then finally, it will just get exhausted out.

Now, this isn’t the only way to do things. If you wanted, you could switch up and use the back for the intake and put the exhaust fans at the front, and then find the right orientation.

One thing to keep in mind while positioning the fans is to never point fans at each other in the opposite direction as the results would probably end up being unstable or inefficient.

Hence, if you are wondering which way you should point the CPU cooler, then the best place to point it is the exhaust fan.

What Direction Should The Heatsink Fan Face? 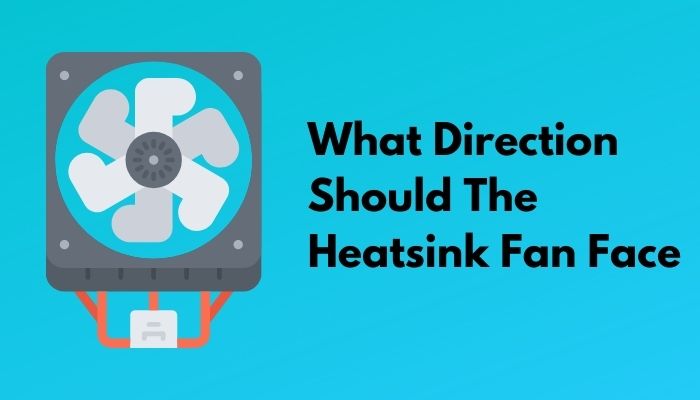 Your heatsink fan should face the direction opposite of your CPU. In other words, you have to make sure the front of your CPU fan is facing the back of the heatsink. This is because it is pushing cooler air between the blades and out the back.

Check out the easiest way to fix CPU cooler not lighting up.

Also, check out our separate post on does a CPU cooler need a backplate.

Now, you must be wondering how do I know when which method is most suitable?

Induced cooling is best used when the air input to the surface is very limited and the surface that needs to be cooled is small.

Forced cooling, on the contrary, is recommended to be used when there is more potential to bring in a lot of fresh air from outside and also if the surface to be cooled is quite large.

How Often Should You Dust Your Fan?

It is extremely important that you dust your fan at least once a week. Don’t forget to turn off the fan before checking for dust on the blades and housing. Making sure your fans are clean will actually boost your CPU performance as well.

Have some time to spare? Quickly check out our epic guide on how to fix CPU fan not detected in BIOS.

I’m saying this because no matter what position you put your fans in, you will still need to clean your fans from time to time. You could have your fan in the world’s most optimal position and it would still manage to get filled with dust without proper maintenance.

You can minimize the amount of dust getting accumulated by making sure that the air flowing into the case is passing through a filter first.

Most of the cases have these filters and they are removable as well so you will be able to clean them very easily with a quick rinse.

All you have to do is just make sure to clean these filters every few weeks or so. If you leave your filters dirty and unmaintained, it will have a negative impact on the air flow and cooling power.

Question: Should AIO fans be intake or exhaust?

Answer: Intake is better for the surface that needs to be cooled by the AIO. The same cannot be said for the system. The CPU performance won’t degrade as long as it’s below the throttling range.

Answer: You should aim for somewhat positive pressure. Negative pressure would suggest that air is getting sucked into your case due to many tiny gaps that you can’t control, which means less efficient cooling over time.

Question: Can you mount a CPU cooler sideways?

Answer: Yes, that is definitely possible and is pretty common nowadays so you have nothing to worry about.

Question: How tight should you screw CPU cooler?

Answer: All you have to do when tightening screws is just make sure they are quite snug. You don’t really want to overtighten them.

Thankfully, you are not one of them and I hope you know exactly which position to place your fan in now.

If you are interested in more tech guides and fixes, make sure to visit our homepage to get all your confusion cleared. 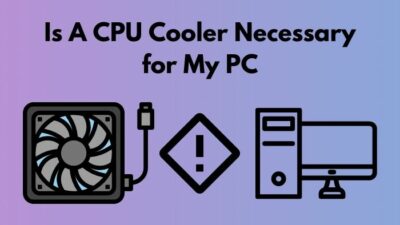 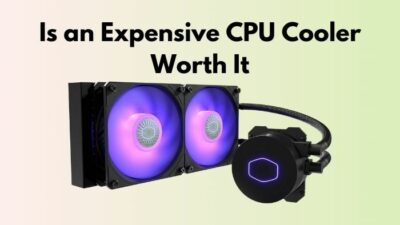 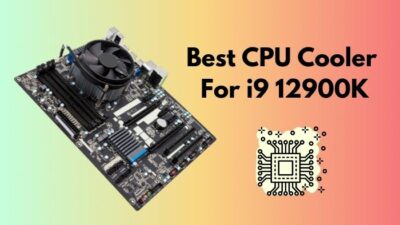 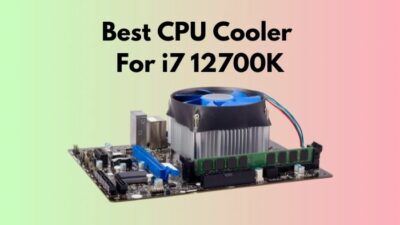