Connecting a wired Xbox 360 controller to a PC is as simple as inserting the controller cable into a USB port, and you are done. You don’t even need a receiver.

However, wirelessly connecting an Xbox 360 controller to a PC is a whole other ball game.

In that case, you’ll need an adapter, and depending on what type of adapter you choose, the driver installation process might differ. 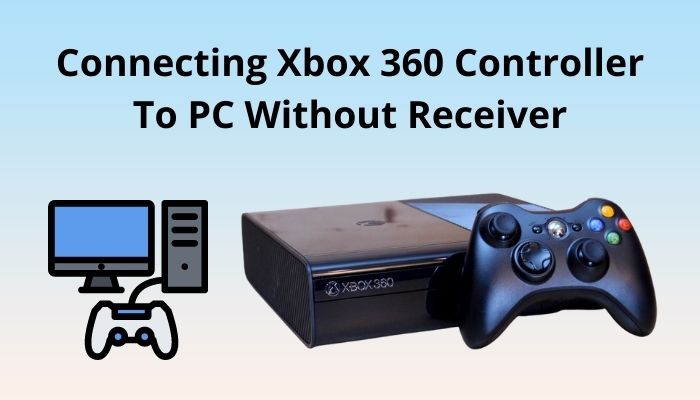 But no worries. In this article, I’ve explained how to connect your Xbox 360 controller to a PC running on Windows 10 and how to install an Xbox wireless adapter driver, whether an official Microsoft adapter or a third-party adapter.

I’ve also described how to discover authentic Microsoft adapters from fake ones.

Check out our separate post on how to Xbox 360: Find the MAC Address

What are the Requirements to Connect Xbox 360 Controller to PC Without Receiver on Windows 10?

The best and hassle-free way to connect an Xbox 360 controller to your PC is to use a wired controller. Just plug it into the device, and you are good to go.

However, if you want to connect the controller wirelessly, you’ll need a wireless adapter/receiver. There’s no way around it.

You might be thinking, why not simply connect the controller to a PC via Bluetooth? Because the Bluetooth frequency of an Xbox 360 controller is different from a Windows PC.

Also, check out our separate post on how to Enable Disable Xbox 360 Controller Vibration

You can connect the controller through a wire, purchase an adapter, or buy a Microsoft Xbox Package.

Here are the different ways to attach Xbox 360 controller to a PC without a receiver on Windows 10:

This is by far the simplest method to link an Xbox controller to a PC. You just have to insert the controller cable into a USB port on your PC, and the PC will take care of the rest.

Your computer will acknowledge the controller and automatically set up the necessary drivers. Finally, the PC will notify you when the connection is complete, and you are ready to start gaming.

If you want to wirelessly link your Xbox controller to a PC and don’t have an Xbox, you should purchase a Microsoft Xbox package. This package will include the official Xbox wireless receiver to connect the controller to your PC seamlessly.

If you don’t want any Xbox services, instead you only want to use the Xbox controller on PC and play PC games, then you are better off just buying the adapter/receiver.

However, Microsoft doesn’t sell controller adapters separately. You’ll need to buy from a third-party source. And buying from an unknown source can be a problem as they can sell you a fake knockoff adapter.

But don’t worry. In the following section, I’ve talked about how to find the correct Microsoft Xbox 360 controller receiver and how to install it.

Also, check out our separate post on how to fix Xbox Series X error code 0xe0e8000f.

If you purchase the Microsoft Xbox package, you’ll get a wireless adapter to connect an Xbox controller to your computer. And installing this receiver to a device is as simple as connecting a new mouse or keyboard to a PC.

All you have to do is just insert the Xbox 360 wireless receiver into your computer and wait for it to finish setting up. The adapter will automatically download the necessary driver and install it.

You can open your computer’s Device Manager and check the Xbox wireless receiver driver.

Here’s how to verify the correct Xbox 360 wireless receiver installation:

Check our exclusive tutorial on how to fix Xbox Series X won’t turn on.

Here’s how to install a third-party Xbox 360 wireless receiver on Windows 10:

Installing a third-party Xbox wireless receiver driver is not as straightforward as installing the official Xbox Receiver from Microsoft. But that doesn’t mean it’s complicated.

Just along with the steps below, the driver will be installed in no time.

After these steps, instead of seeing Unknown device, you’ll see Xbox 360 Wireless Device for Windows under Other devices.

Also, check out our separate post on how to fix Xbox Series X error code 0x8b0500b6.

2. Pair the Xbox Controller with Your PC

You are done. If the Guide button turns green, the controller is successfully connected to the PC, and you are ready to use it.

Here’s a complete guide on how to Hard Reset Xbox Series X/S.

The only thing left to do now is to confirm whether the controller is correctly connected or not. You can verify it from Game Controllers on your computer.

Follow the steps below to verify the controller connection status to your PC:

If everything goes accordingly, you’ll see the controller moves on the Game Controllers window.

How to Buy an Xbox 360 Wireless Receiver

When buying a new Xbox 360 adapter, you can go in the high-cost low-risk way by getting it from a Microsoft package or in the low-cost, high-risk way by buying it from an unknown source.

Here’s how you can get an Xbox 360 wireless receiver:

Get the Xbox Receiver from Microsoft Package

This is the most risk-free way to get the original Xbox adapter. It’ll cost you up to $60, and this package includes an Xbox wireless receiver, an Xbox controller, HDMI cable, batteries, etc.

In case you only need the adapter, you can sell the rest of the items online.

Follow our guide on how to can you use a PS5 Controller on Xbox.

Check the online stores and find people willing to sell the Xbox receivers. Buying only an adapter will cost somewhere between $15 to $20. But as the packages of these adapters are not sealed, their authenticity is questionable.

I’ve explained how to determine an authentic Xbox 360 wireless receiver in the section below.

If you are looking for a cheaper option, you can buy duplicate, knock-off Xbox adapters. These are cheap and will cost from $5 to $15. But you should be careful when using this type of adapter cause it doesn’t last very long and might even break your PC.

In the following section, I’ve described what to look for in a good Xbox 360 wireless receiver.

Keep in mind that when making sure of the authenticity of an Xbox 360 wireless receiver, you have to look for two things.

The first one is that the original Microsoft wireless adapter will have Microsoft branding on top of the adapter. The other thing is that at the bottom of the adapter, it will say Microsoft Xbox 360 Wireless Receiver for Windows. 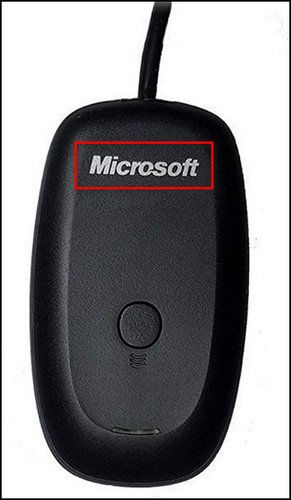 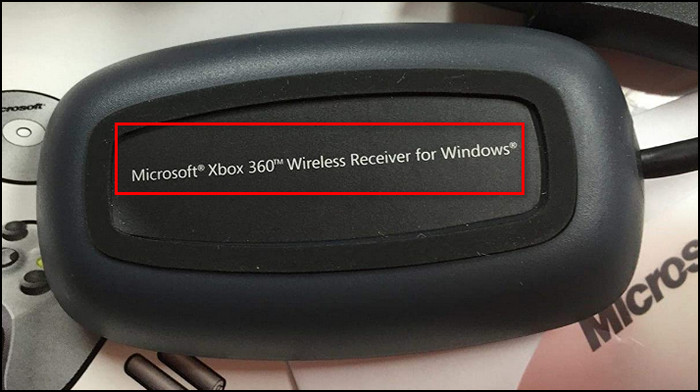 That’s all the labels on the original adapter. If something is missing or something extra is written on the receiver, that product is not genuine.

Usually, on the top of the fake Xbox adapters, it says XBOX 360, and at the bottom, you can see PC Wireless Gaming Receiver or something similar written with barcodes and other symbols. 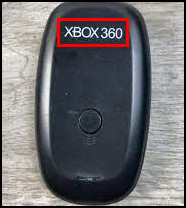 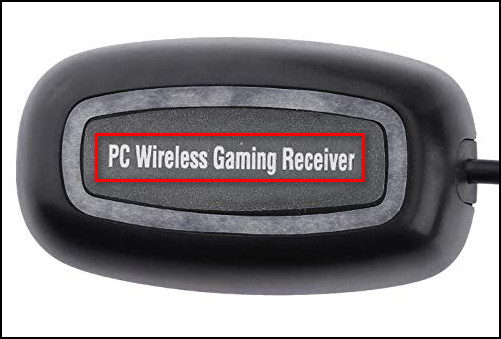 Also, check out our separate post on Apex Legends Stuttering on PC

What are the Things to Consider when Buying an Xbox Wireless Receiver?

You should be careful when trying to buy a new Xbox adapter because a fake product won’t last very long, and it’ll be a waste of money. Or, in the worst-case scenario, installing a fake adapter driver to your device can break the whole PC.

Don’t worry. Just remember the following things I’ve described below, and you should be fine.

Here’s what to consider when purchasing an Xbox 360 adapter:

Also read, how to Fix PC Won’t Boot to BIOS

Can I connect Xbox 360 controller to PC without receiver?

Can you wirelessly connect an Xbox 360 controller to a PC?

Yes, you can wirelessly connect an Xbox 360 controller to a PC. To do that, you’ll need an Xbox wireless receiver.

How do I connect my wireless Xbox One controller to my PC without a receiver?

You can connect your Xbox One controller to your PC through a micro-USB cable if you don’t want to use a receiver.

Connecting an Xbox 360 controller to a PC with Windows 10 can be different depending on a wired connection or wireless. Also, the Xbox adapter installation procedure changes whether you use an original adapter or a third-party adapter.

You should be especially careful when installing third-party adapter drivers because it can break your computer.

And this article explains how to find a suitable Xbox wireless adapter for your PC and install the drivers correctly, along with connecting Xbox controllers to your PC to play PC games with controller support.

Let me know if you have further questions regarding the Xbox controllers or anything else. See you in the comment section. 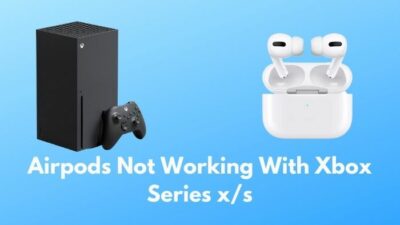 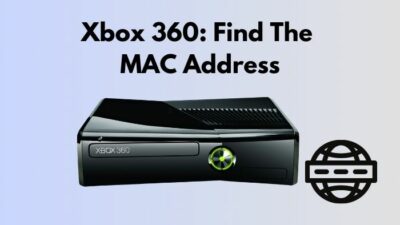 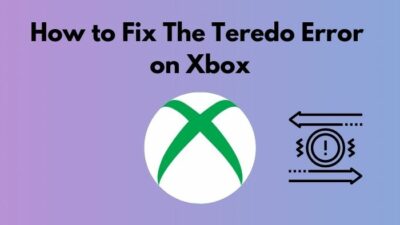