Are you confused on whether the Pokemon Unite is down or not?

If so, then you will not be confused for long.

That’s because I will clear out all your confusion and guide you on how to check if Pokemon Unite is down or not.

Why is Pokemon Unite down?

Also, check out the related fix for the Pokemon Unite Authentication Error. 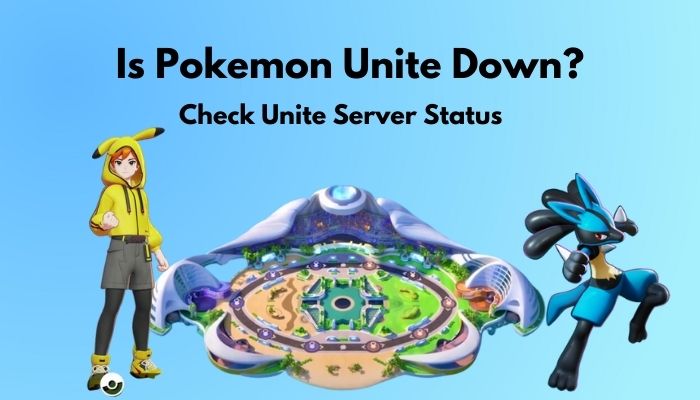 Can Pokemon Unite Go Down?

Yes, Pokemon Unite can go down. Pokemon Unite is a MOBA (multiplayer online battle arena) game. It depends on the servers for multiplayer functionality. There are many reasons behind a down server, like server maintenance, server downtime, server overload, etc.

Pokemon Unite is one of the most popular games right now. Thanks to the highly acclaimed Pokemon franchise,  Pokemon has a huge following all over the world.

As such, when The Pokemon Company released their latest MOBA (multiplayer online battle arena) game that is free-to-play, it immediately caught colossal attention.

Moreover, as the game is released on Nintendo Switch, iOS and Android, naturally, there is a considerable amount of downloads.

Therefore, millions of gamers are playing Pokemon Unite every day. With all this vast amount of traffic comes some inconvenience too. The Pokemon Unite is server-based due to its multiplayer format. And when a massive amount of players start playing within a short time since release, it puts enormous pressure on these servers.  Also check out the related fix for Pokemon Unite Authorization Expired Error.

Also, there are other factors like updates and maintenance, all of which can cause the servers to collapse.

So Pokemon Unite servers can go down, which causes the entire game to be down for a while.

How To Check If Pokemon Unite Is Down

Whatever the reason may be behind going down of the Pokemon Unite, there are many ways to check so.

Following the below steps, you can be confident of whether the Pokemon Unite is down or not.

Here are the steps to check if Pokemon Unite is down or not:

The most reliable place to check for server status is the game itself. Pokemon Unite shows a pop-up alert on the log-in phase, which shares the details.

Using it, you can know beforehand if the server is going to be down in the upcoming days. Check our awesome guide if you don’t know how to get mew on pokemon sword and shield.

When you launch the game and go through the initial signing-in stage, look out for a pop-up regarding the server maintenance status.

The pop-up will contain the date and time and also the duration of the server maintenance. It will also contain any helpful information you might need to know.

If there is any maintenance in the near future or any ongoing issue on the servers, there is a high chance they will post about it.

So keep an eye on the Twitter account for the most recent updates. You can follow the Pokemon Unite Twitter account and also turn on notifications on your smartphone for their tweets to conveniently receive notifications. Also, check out how you can easily change clothes in Pokemon Sword & Shield.

After the official Twitter account, the Pokemon Unite subreddit is the best place to look for server status.

Though the official Pokemon Unite authorities might not post here, the r/PokemonUnite subreddit members are pretty much active.

Millions of gamers okay Pokemon Unite every day. Hence if something goes wrong, you can be sure someone will post or ask about it on the subreddit. Quickly check our related post on how to restart Pokemon Sun and Moon.

By following such posts and keeping an eye on the feedbacks, you can safely guess if Pokemon Unite is down or not.

If you do not see any server maintenance pop up in the game, the reason might be the servers are already under maintenance.

Hence if you try to sign in but are unsuccessful, there is a high chance the servers are down or at least a part of it. Check our epic guide on how to fix pokemon go error 0.

However, the issue can also be on your end. So how do you make sure it is not you but the Pokemon Unite servers?

If you cannot log in after all the above steps, then you can rest assured that there is something wrong with the Pokemon Unite servers, or they are facing downtime.

5 Reasons Why Pokemon Unite is Down Right Now

Pokemon Unite is the most recent game released as part of the Pokemon franchise. It is a free game that features 5v5 battles. Till now, it is available on Nintendo Switch, iOS, and Android.

As such, millions of players are downloading and playing the game right now. It puts enormous pressure on the Pokemon Unite servers.

Moreover, as the game is relatively new, it has been going through a lot of updates recently. Also, the servers are going through maintenance and such. Don’t forget to check how to soft reset Pokemon X&Y.

For all these reasons, the Pokemon Unite sometimes goes down for a while.

Here are some of the reasons why Pokemon Unite is down:

Answer: Pokemon Unite has a new offline mode, but the primary game mode is multiplayer as it is a MOBA (multiplayer online battle arena) game.

Answer: You can play Pokemon Unite now on Nintendo Switch, iOS, and Android in some selected regions.

Answer: Pokemon Unite is a game by The Pokemon Company based in Japan. The iOS and Android versions were developed by the Chinese company Tencent.

Question: How do I appear offline in Pokemon Unite?

Answer: To appear offline, you can go to Settings > Privacy Settings > Online Status and change it to Invisible.

Question: How expensive is Pokemon Unite?

Pokemon Unite is a hugely popular game. It is one of the most played games among gamers recently.

Due to such a massive success in a small time span since release, the Pokemon Unite servers face a massive load.

Moreover, the new game is going through a lot of updates and new platform launches.

As such, it is a regular event for the Pokemon Unite to go down for a while.

But luckily, you can quickly figure out if the servers are down or not. Just by following some simple steps, you can clear confusion and get the correct information. 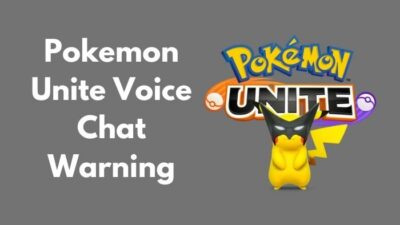 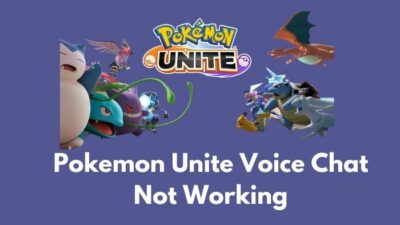 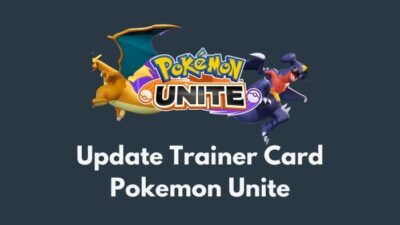 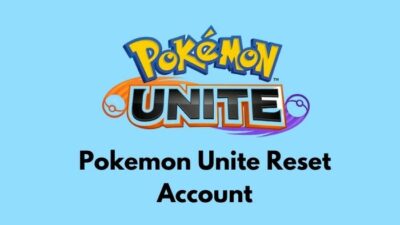